It's easy to laugh at the player who loses it in his post-match interview. Football players, at the highest level, we think, have a duty to remain professional in all circumstances, especially in front of the press.

As such, it can seem jarring when a Premier League player, and an experienced one at that, hits out with a glaringly human display of emotion. That's exactly what we saw, however, when Charlie Austin spoke to the press following Southampton's 1-1 draw with Watford.

In case you want to see that Charlie Austin interview from @BBCMOTD again... pic.twitter.com/HcqmhKDi8i

"The officials cost us two points today. Standard," he said. "Clearly they need help. Give them all the help they need, because they cost us today." One of the most honest and refreshing post match interviews I've ever seen from Charlie Austin. Maybe not the widest move to hammer the officials but that type of honesty is rare these days #SaintsFC

He looked wounded, vulnerable, and above all, angry. Southampton were in dire need of the win, after another poor start has left them staring down the gloomy barrel of a ​Premier League relegation dogfight once again.

The point is not to make excuses for Austin - it's to discuss why his livid mentality after the game highlights just how desperate the situation is. Austin was their top scorer in the 2016/17 season, when Southampton finished 8th in the Premier League. He was their joint top scorer last season, as they finished 17th, avoiding a disastrous relegation by the skin of their teeth. The struggles of last season, as hard as they were, were supposed to be a one-off. Mark Hughes, coming in in March, did just enough to keep Southampton heads above water, and that should have been that. We wouldn't speak of the time they almost went down again.

Instead, such a previously consistent side since earning promotion from the ​Championship in the 2011/12 season, now face a second successive relegation scrap. Despite the change in management and the signings of Jannik Vestergaard, Danny Ings, Mohamed Elyounoussi, Stuart Armstrong and Angus Gunn, the same issues that had existed under Mauricio Pellegrino have persisted. 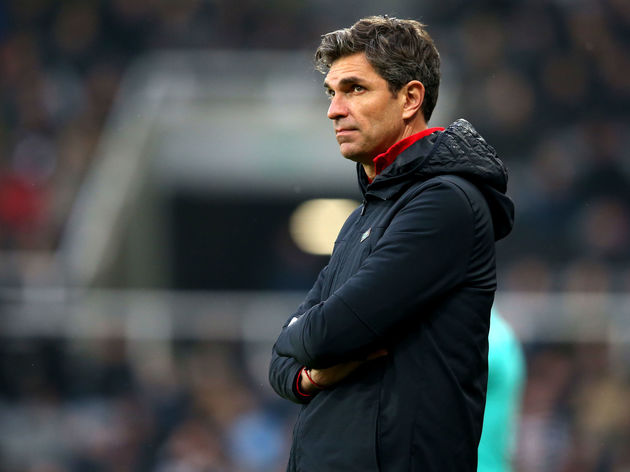 It's often suggested that the principle point of blame is Southampton's recruitment model, by which they have seen key players leave and be replaced year after year. It was always going to go wrong one of these years, it's thought.

While that's perhaps a factor to consider, it is clearly not the be all and end all. Sadio Mane, Victor Wanyama, Graziano Pelle and Jose Fonte left the club before the 2016/17 season, in which they finished 8th, while Jay Rodriguez was the only substantial first-team departure the following summer.

Minus, Virgil van Dijk, Dusan Tadic and Rodriguez, in fact, the only drastic changes to the 2016/17 squad have come as a result of new signings. 10 of the 11 who drew 0-0 with Manchester United in the closing stages of the 2016/17 campaign remain at the club. ​On paper, then, they have improved on the squad that narrowly missed out on Europe, but in practice, they have been immeasurably worse.

While it's impossible to be sure why things have gone so wrong, why European football has been traded for the lower reaches of the table, one can't help but look to their decision to part company with Claude Puel as a potential catalyst for their recent downfall.

Sacked after a poor run of form in the last eight games of the 2016/17 campaign, Puel has gone on to pick up where he left off with ​Leicester, turning round dwindling fortunes at the Foxes and steering them comfortably clear of danger. Saints, meanwhile, long for the alleged shortcomings of Puel's time in charge. While a dip in form towards the end of the season, resulting in an eighth-place finish, was then a sackable offence, with the benefit of foresight they'd have seen just how much worse things could be.

Just how far they've fallen since is demonstrated no more clearly than when they today pledged to stand by Mark Hughes. One win in eight was grounds for sacking before; one in 12, and Hughes' job today remains safe.

Perhaps if the Southampton players could channel some of Austin's press room passion on the pitch, then they wouldn't be in the mess they're in at the moment. But heads are down, as they sit 17th in the table, and ahead of newly promoted Cardiff City only on goal difference.

Their visit to rock-bottom Fulham when the international break is over and done with would be an ideal time for them to get things together, and finally realise the sleeping potential of the players at their disposal.