The match at St James' Park was a cagey affair in the opening minutes, with both sides displaying a determination to put their mark on proceedings but it was Newcastle who succeeded first through Talk about yet another vital result for the Toon Army at St James’ Park.

Newcastle’s win over Bournemouth was only their second of the Premier League season, and has undoubtedly given them a greater sense of belief after last week’s win over Watford. 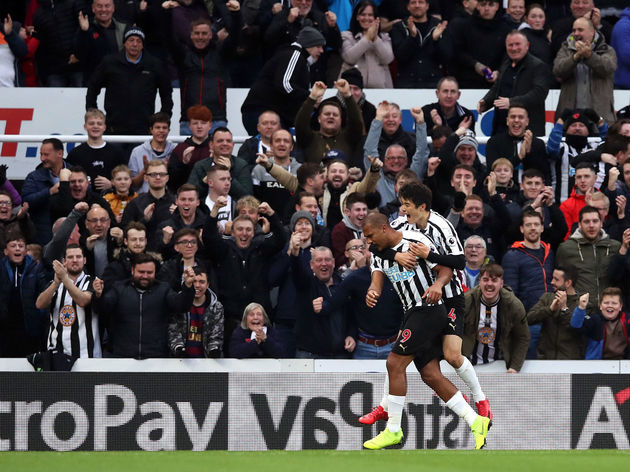 The result will feel sweeter considering the Magpies were dragged back into the relegation zone by Cardiff City’s win over Brighton earlier in the day, and Rafael Benitez will challenge his side to continue this form after the international break, as they seek to prove their critics wrong.

The Venezuelan scored two key goals, while his hold up play was excellent in helping the Magpies keep possession of the ball. Rondon’s physicality was also crucial, as he won 24 duels, made four clearances and could’ve scored a hat-trick in the last minute but for a good save by Begovič.

2 - Salomón Rondon has scored more than once in a Premier League game for just the second time in his career (also 3 vs Swansea in Dec 2016). Braced. #NEWBOU pic.twitter.com/51nFX9BlHg

A fully fit Salomon Rondon is absolutely massive for this #NUFC team. Man of the Match this afternoon.

Superb all-round performance from Salomon Rondon. Led the line so well. Looks the part in a No 9 shirt. Bodes well for the rest of the season. #nufc

'Unproductive' is only a small summary of Mohamed

Two consecutive defeats certainly knock the stuffing out of Bournemouth, who were flirting with the possibility of finishing in a European spot come the end of the season. The Englishman was barely visible in the match, making no dribbles at all  and missed a big chance to put his side level in the 72nd minute, blazing a shot over the bar. He is certainly yet to show his worth to the Cherries after a

Following a two week international break, Newcastle will continue their Premier League season away at Burnley, who they will face on Monday 26th November. The Magpies will boosted by their second win of the season and will be confident of getting more good results as they turn their campaign around.