His side faced Spurs in the Champions League earlier this week, with ​Harry Kane’s brace securing Spurs a 2-1 win in Group C. PSV travel to De Graafschap on Saturday, where they will play at the 12,500-capacity De Vijverberg. Despite the size of the stadium, van Bommel has claimed that the atmosphere will be better than the one experienced on Tuesday.

Quoted by Voetbalzone, he said: “I think there is more noise at De Vijverberg than at Wembley, where only our own supporters were in shape. The interaction between them and our players is once again great this season."

This is despite the official attendance at Wembley being 46,600 – almost four times greater than De Vijverberg’s total capacity. Wembley was only 50% full on Tuesday, because Tottenham had attendance restrictions placed on them for the Champions League tie. 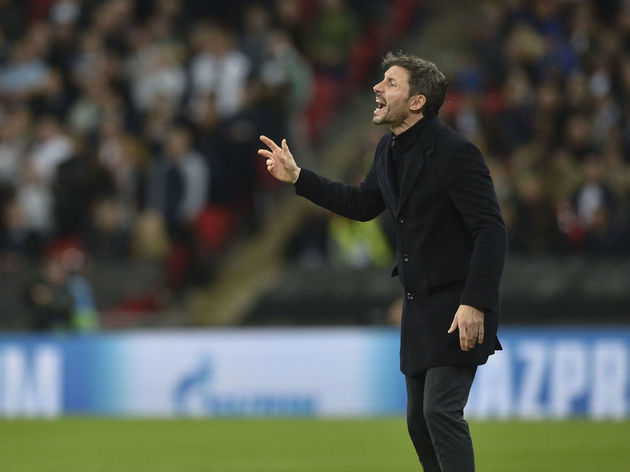 As well as the atmosphere, van Bommel was not happy with the quality of the pitch. The Wembley turf was used for an NFL game just nine days earlier, and has been the subject of a lot of recent criticism.

Quoted by Sky Sports after the game, he said: “It's not good, but we are not complaining. Before we were training on it, and I told the guys after one minute you have to stop and get on with training, get used to the pitch. “Of course, everyone wants the good pitch, but it is not so good, and you have to deal with it.”

Van Bommel has only been PSV manager for five months, taking over at the start of the season. He returned to the club after spending seven years there as a player, winning four league titles across two spells in Eindhoven.

PSV are top of the Eredivisie, having won 11 games out of 11 and scored 39 goals. They have been truly dominant this season, chasing back-to-back titles for the first time since 2008. PSV will travel to De Graafschap on Saturday evening, looking for their 12th consecutive league win