Barca earned a point at San Siro, where they ​drew 1-1 against Inter on Tuesday night. They return to domestic action in high spirits, as they sit top of La Liga. 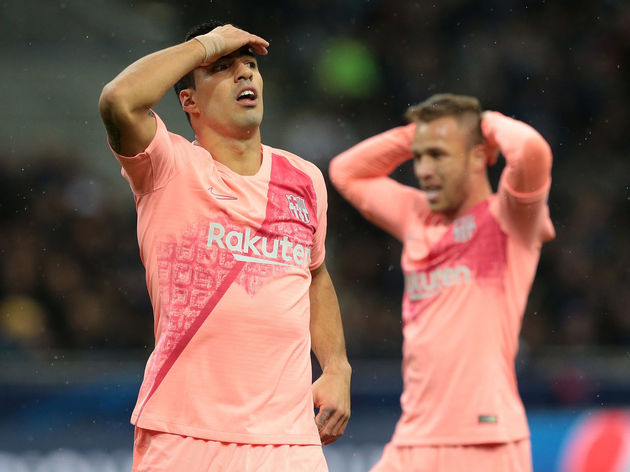 The visitors are also returning from European action, as ​Real Betis held Milan to a 1-1 draw at the Benito Villamarin. They are 14th in the table, just four points off the relegation zone.

Check out our preview for Sunday’s clash below.

​Lionel Messi remains a doubt for Sunday, and it is unknown whether Ernesto Valverde will pick him for the match day squad. ​Ousmane Dembele is also doubtful for the visit of Real Betis.

Philippe Coutinho is the latest addition to Barcelona's injury list, picking up a knock in the Inter game. Barcelona confirmed he will play no part on Sunday, and will be out for up to three weeks.

Coutinho joins Samuel Umtiti, Thomas Vermaelen and Sergi Samper on the sidelines, with none of the four back until at least the end of November.

Real Betis' only absent player is Javi García, who has been sidelined since late October.

Barcelona and Real Betis have met on many occasions in La Liga, with the Blaugrana by far more successful. Their last meeting came in January 2018, when Barca smashed Betis 5-0. 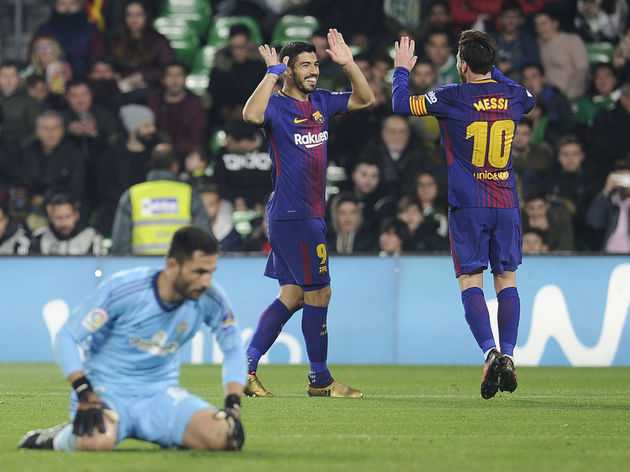 The Blaugrana are 14 league games unbeaten against Real Betis, last losing ten years ago when the Verdiblancos beat them 3-2 in 2008. Since then, Barca have won 11 times and drawn three times.

Barcelona are unbeaten in nine games in all competitions, with their last defeat coming against Leganes on 26 September. Their draw in Milan on Tuesday night ended their run of five successive wins, but extended their unbeaten run.

Real Betis' form can be looked at in two ways. You can say that they have lost just one of their last five games, in a 2-0 defeat to Getafe. However, they have only registered one win in four, showing why they sit 14th in La Liga. ​Barcelona are currently in ruthless form, and will be hoping to extend their lead over Catalan rivals Espanyol, who are in second place. Real Betis desperately need a win to push away from the relegation zone, as they look to secure their La Liga status for the fourth season in a row.

However, Barca will be too strong for the visitors, and it is looks like the Blaugrana will be celebrating yet another victory in the Camp Nou on Sunday.