Spurs were rewarded for their persistent effort in attack after struggling to break down a PSV side, who were defensively dogged and disciplined for large periods.

However, the Dutch champions' resistance was finally broken when 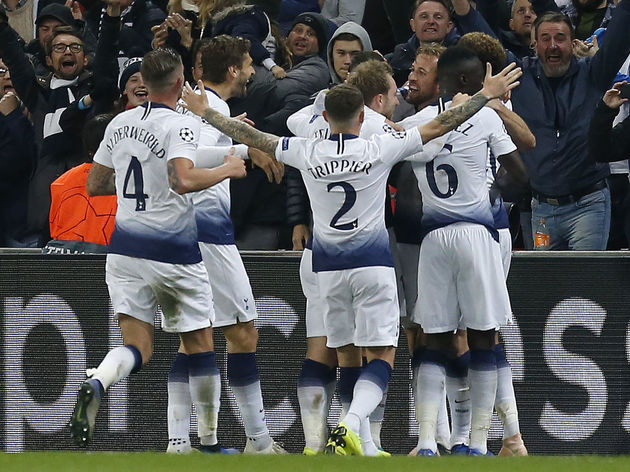 Wembley then erupted when Kane's last-gasp header took two deflections on its way into the net to give Spurs a deserved victory.

It was not all plain sailing as Spurs' night got off to the worst possible start when PSV captain Luuk de Jong headed home from a corner after a mere 61 seconds of play.

Mauricio Pochettino's men responded well to going behind, with PSV goalkeeper Jeroen Zoet producing a wonderful double save to deny ​Christian Eriksen and Dele Alli just before the half-hour mark. 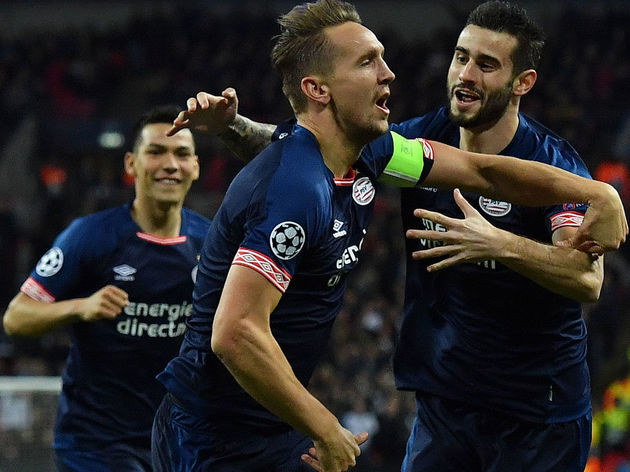 Despite dominating possession in the first half, ​Tottenham lacked a clinical edge in front of goal when they needed it most, mostly due an inspired performance from Zoet in goal.

However, the Dutch champions did not have enough in the tank to keep Tottenham at bay. On a night where composure was crucial for Spurs, they stuck to their task and were rewarded following a late siege on the PSV goal. Until the final quarter of an hour, it looked like being one of those nights for Spurs.

They outplayed PSV in the second half and got the reward their persistence merited, as the game looked to be heading for a draw until Kane's late double turned the game on its head.

With must-win games against Inter and Barcelona to come, Tottenham cannot afford to rest on their laurels if they wish to progress from the group stage. If they are able to perform with the kind of determination they did against PSV, then anything is possible for the men from North London. WORST PLAYER - It would be an injustice to Tottenham's collective spirit and endeavour to say that any player performed particularly below par. However, Toby Alderweireld did not lead his troops very effectively from the back, failing to deal with a number of balls into the box in the first half.

Spurs' showing tonight will inspire their confidence on all fronts moving forward. Their next fixture in the Premier League, a must-win game if they are to stay in the top four, sees them travel to ​Crystal Palace at tea-time on Saturday 10 November.

In order to qualify for the Champions League knockout stages, Pochettino's men must get favourable results in their remaining Group B games - at home to Inter on 28 November and away to Barcelona on 11 December.