Liverpool will be looking to extend their lead at the top of Group C when they travel to Serbia on Tuesday night to take on Red Star Belgrade in the Champions League.

The Reds, who have won two of their three encounters in Europe, are currently a point ahead of second-placed Napoli and two points ahead of Paris-Saint Germain in the table. Red Star will be looking to avoid an early exit from the competition as they sit bottom of their group with one point.

A 21-man squad has been named for our #UCL trip to Belgrade, but Jürgen Klopp explains why Xherdan Shaqiri will not be involved against Red Star and provides a general injury update... https://t.co/t2AbNKx67H

Check out 90min's preview for Liverpool's Champions League encounter against Red Star below.

Liverpool midfielder Xherdan Shaqiri has been left out of the Reds squad that will travel to Serbia on Monday as the club want to 'avoid any distractions'.

Switzerland international Shaqiri, who is of Albanian heritage, made a double-headed Eagle gesture, symbolising the country's flag, after scoring against Serbia at the World Cup in the summer which ended up causing a political storm. Senior duo Dejan Lovren and Naby Keita could return to Liverpool's squad after missing the 1-1 draw against Arsenalin the Premier League on Saturday.

Midfielder Jordan Henderson is expected to remain sidelined with a hamstring injury which has kept him out of action for the last three matches.

Looking at the bigger picture, it has been an impressive start to the season for Jurgen Klopp's side, who are yet to taste defeat in the Premier League after 11 matches.

The club's two defeats during this campaign have come in the Champions League against Napoli and their narrow loss to Chelsea in the Carabao Cup in September. By contrast, their opponents are flying high in the Serbian SuperLiga, with 14 wins from their 15 encounters, scoring an impressive 40 goals and conceding just eight.

Liverpool won't need to play their strongest XI in order to earn three points against Red Star on Tuesday night.

With the club within touching distance of the knock stages, the likes of Salah and Mane could feature which would increase the away sides chances of not just winning, but winning by some margin. 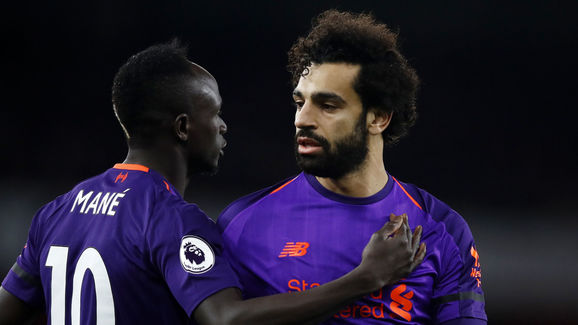 The home team can only hope that the hostile atmosphere gets to the Liverpool players.