Manchester City powered to a 6-1 victory over Southampton on Sunday, as a supreme performance of attacking football saw them storm to the top of the Premier League table.

The hosts took the lead after just six minutes as David Silva's pinpoint through-ball was fired across the face of goal by Leroy Sané, before being bundled into his own net by Southampton defender Wesley Hoedt. City doubled their lead soon after, as Sergio Agüero tapped in from close range after a mesmerising forward run from Raheem Sterling. Pep Guardiola's side began to run riot, and ​David Silva smashed home a vicious half-volley after finding himself unmarked at the far post. The visitors pulled a goal back in the 31st minute, as Danny Ings slid home a coolly taken penalty after being felled in the area by City stopper Ederson. The Citizens scored again on the stroke of half time - ​Sterling netting with aplomb.

Despite a spirited attempt at a fightback from the visitors, they were unable to hold back their opposition, and Sterling angled another goal midway through the second half. Sané put the icing on the cake in stoppage time, as City coasted to a comprehensive victory.

FULL-TIME | A Sunday roast with all the trimmings takes us back on top of the table! 

Following ​Liverpool dropping points against ​Arsenal on Saturday evening, the opportunity was there for City to top the table and make a statement over their intentions to retain the ​Premier League title - and, boy, did they deliver. The ​Saints were helpless to stop them, and the travelling fans looked on in horror as their team were pulled apart like wet tissue paper.

Guardiola's side looked at their formidable best, terrorising the Southampton defence as wave upon wave of sky-blue shirts hurtled towards them. City look just as well drilled and in-sync as the did last season, and appear to have no intentions of letting their grasp on the league title slip any time soon. 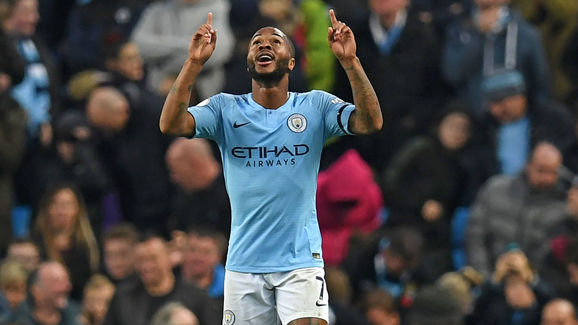 Raheem Sterling looks to be coming into his prime at exactly the right time for his club, and there's a reason why they're reportedly desperate for him to extent his contract at the club. The England international was simply dazzling on Sunday afternoon, bagging himself two goals and two assists in the rout.

The 23-year-old has come on leaps and bounds under the management of Guardiola, and is likely to be a key figure for them again this season as they challenge for more major trophies.

Here's how Sterling's exceptional performance went down on social media:

Me after captaining Raheem Sterling on #FPL this week for a 42 point haul pic.twitter.com/1IjyPbK00C

That makes it 42 Premier League goals and assists for Raheem Sterling since the start of last season.

RAHEEM STERLING HAS IMPROVED SO MUCH THIS SEASON

While it's hard to criticise City after such an emphatic win, Ederson wasn't quite at the races when called upon against the Saints. The Brazil international made a clumsy challenge which led to a clean sheet being needlessly thrown away, and his fumble to almost set up Mario Lemina highlighted a streak of carelessness in his play.

Like many teams before them this season, the Saints seemed unable to stop the unstoppable force of City at the Etihad Stadium. It raises the question over whether any side can formulate a game plan capable of nullifying the threat of Guardiola's side, or whether they are simply too creative to be thwarted. 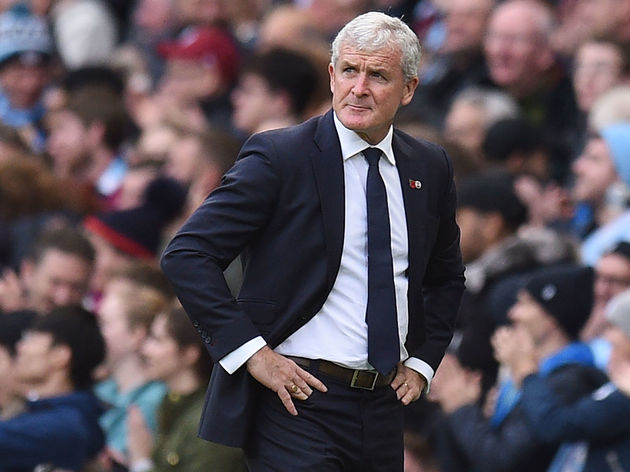 To give credit to Mark Hughes' men, they did at least manage to score a goal - a lot more than can be said for most sides who have visited the Etihad this season - and they really upped their game in the second half. The result saw the Saints extend their winless run to seven matches, as they hang perilously two points above the relegation zone. While their was very little for Southampton fans to be cheerful about following their hiding by the Citizens, the performances of Mario Lemina was the thinnest of silver linings to the thickest of black clouds. The Gabon international was pivotal in leading his side's attempt at a fightback in the earlier stages of the second half, and looked a class above the majority of his teammates.

Here's how the former Juventus man's performance went down on social media:

Lemina is too good for Southampton.

I can see why we were linked with Lemina, he looked very good at times today.

At least Lemina is stepping up his play #saintsfc

Shane Long's barren streak in-front of goal continued against the Citizens, and his confidence appeared to be at rock bottom as he once again floundered whenever in a goalscoring position. The Republic of Ireland international has netted just once in the last 28 games for his club, and looked woefully short of form - spurning two glorious opportunities to get on the score card.

Guardiola's side will look to continue their fine form in the Champions League next week, when they take on Sturnedmouthwatering local derby next weekend, as José Mourinho's under pressure ​Manchester United side look to somehow get a credible result at the Etihad.

Southampton will look to end their shoddy run of form when they host Watford next weekend. The Hornets lost to Newcastle United in their last match, and Hughes will be eager to capitalise on their dip in morale and earn a desperately needed three points.