Safe Hands: Why Marc-Andre ter Stegen Should be Considered One of the World's Greatest Goalkeepers

We are constantly reminded of the fact that goalkeepers are no longer simply the last line of defence.

The 21st century has seen the men between the sticks evolve into something much more​ - integral members of a cohesive unit whose roles extend well beyond the simplicity of keeping the ball out of the back of net. This summer's transfer window proves that. Plenty of teams were willing to spend the big bucks to bring in the right keeper. Someone whose distributive skills match their handling - keepers who can effect rather than react.

But that raises a difficult question and one that tends to spark endless debate depending on who you ask: Who exactly is the best goalkeeper in the world? Quantifying the best outfield players is simple. Statistics can speak for themselves and high goal tallys often lead to preferable opinions.

But goalkeepers don't get that same treatment and rightly so. Conceded goals can be misleading, communication skills are difficult to analyse and distribution can be utilised in entirely differently depending on a team's preferred style of play.

There are plenty of candidates that could be considered the world's best, but one goalkeeper has recently emerged from the pack, seemingly from nowhere - ​Marc-Andre ter Stegen.

The perception of the German stopper has been somewhat tarnished by the fact that, in recent years, his name has become synonymous with that of a second string keeper.

After joining ​Barcelona from his boyhood club Borussia Monchengladbach in 2014, it took some time before he could be considered the true number one at Camp Nou, playing second fiddle to the experienced Claudio Bravo for his first two seasons.

In fact, the German stopper very nearly left just two years later with the club having to make a decision over who should be tasked with carrying the number one jersey. Ter Stegen won that battle and has gone on to improve immeasurably, making the number one jersey at Barcelona his own.

His athleticism and reactions are fine tuned to the point of near perfection, his shoulders have broadened to fill the shirt and his skills with the ball at his feet can rival even the most fleet footed of midfielders.

But what makes him stand above the rest is his ability to have a profound effect on matches, winning points all by himself - whilst the likes of ​Lionel Messi and Luis Suarez are still on the pitch. His performance during Barca's 2-0 win over Sevilla in October

Whilst it is hard to dispute the fact that ​David De Gea and ​Thibaut Courtois are sensational goalkeepers in their own right, their reactive skills often bail them out of situations that could otherwise be avoided by a more practical approach.

In particular, their distribution skills simply cannot match that of Ter Stegen's, especially as Barcelona look to engage the German at every possible opportunity they get. Simply put, there are no other keepers who fit their club's footballing philosophy quite like Ter Stegen.

But can someone with just 23 caps for their national team really be considered the best in the world?

Ter Stegen has had the misfortune of playing at the same time as one ​Manuel Neuer, which has seriously restricted his opportunities for the senior Germany squad. 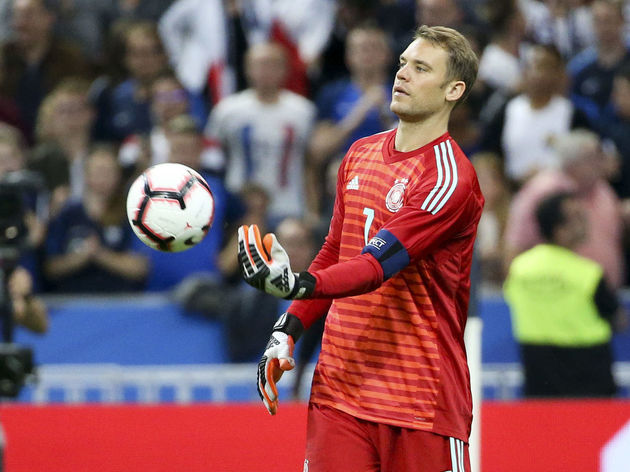 The ​Bayern Munich stopper's unorthodox approach to goalkeeping is somewhat divisive but is ultimately effective and Germany's long-term manager, Joachim Lowe, has stuck by him ever since he made his debut back in 2009.

Whilst Neuer is still undoubtedly an excellent goalkeeper and has done very little to suggest he should be dropped from the Germany setup, now seems like the time for Ter Stegen to make the step up and become the automatic first choice.

When Barcelona made the decision to keep Ter Stegen at the club back in 2016, it could have been one of their most important in recent memory. Without him between the sticks, the past few years may have taken an entirely different path. At 26-years-old, the frightening thing for strikers across Europe is that the best may still be yet to come.