​Newcastle United finally earned their first victory of this ​Premier League season as they worked incredibly hard to secure a 1-0 victory against ​Watford.

Both sides began well, but it was Watford who quickly took control. Adrian Mariappa had a number of good chances to score from set pieces, but it was Gerard Deulofeu who seemed to be the most likely source of an opener. The Spaniard regularly perplexed Newcastle's defenders with his movement, but lacked any end product as the first half ended goalless. However, it was certainly a tale of two halves for Newcastle. They were unrecognisable from the lethargic group who struggled in the first half, and they took the lead after 65 minutes, as substitute Ki Sung-yeung sent a free kick into the box which was expertly headed into the back of the net by fellow substitute Ayoze Perez.

Stefano Okaka almost spoiled the party for Newcastle, missing a gilt-edged chance deep into added time. However, luck was on the Magpies' side today, and they finally secured their first win of the season.

When recently signing his new long-term contract, captain ​Jamaal Lascelles called for the Newcastle players to come together, improve and give the fans the performances that they deserve. However, the improvement was only evident in the second half.

Newcastle looked hopeless during the first 45 minutes, with the majority of the squad looking completely disinterested in the side's struggles. They were lucky to still be in the match at half time, but their improvement after the break was astonishing. They increased the tempo of their play and caused problem after problem for their opponents. 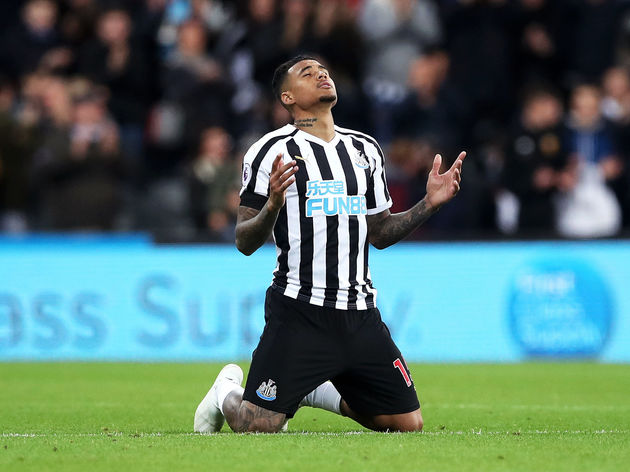 Even at the defensive end, Newcastle showed great improvement. Forwards were tracking back to help their defenders, with Kenedy looking especially motivated. Whether it was Benitez's substitutions or his team talk, their second-half performance was what the fans deserve. If they can replicate that desire, they could find themselves slowly climbing out of the relegation zone.

The wait is finally over. Newcastle United got the win they deserved! This will be the catalyst for climbing up the table. #NEWWAT

NEWCASTLE UNITED win their first of the season!!! My word, it took some time. The lads dug deep yet again, and this time they came up with the goods. CHUFFED TO BITS!!! #NUFC

With many of Newcastle's players guilty of underperforming, the onus was on Fernandez to step up and keep his team afloat. Fortunately, the Argentinian did not disappoint.

It was a herculean effort from the 29-year-old at times, who was active all across the back line to keep Watford at bay. Some of Watford's movement was sublime, but Fernandez was regularly equal to it, making countless key interceptions and clearances which ensured Newcastle did not fall behind. The game could easily have been over before half time, but Fernandez kept his side level and ensured they were able to go on and win. It wasn't always pretty, but the Argentinian deserves a lot of credit for the result.

Both Diame and Jonjo Shelvey struggled to deal with Watford's fluidity in attack, and the duo regularly looked as though they lacked the desire to help solve Newcastle's problems. However, it was an especially forgetful outing for Diame, who was guilty of making several sloppy passes and often appeared to switch off and lose possession.

Even though they were on the losing side against Newcastle, their first half display featured some phenomenal movement from Watford's fluid attacking lineup. The likes of Deulofeu and Roberto Pereyra wreaked havoc on Newcastle's defence, and they certainly looked impressive throughout.

In a recent interview with ​The Financial Times, chairman Scott Duxbury revealed that Watford's target for the season was to secure 11 victories and avoid relegation. However, some of their attacking play in recent weeks has not been that of a team who were fighting for Premier League survival, but instead a team who could be competing for a place in a European competition. 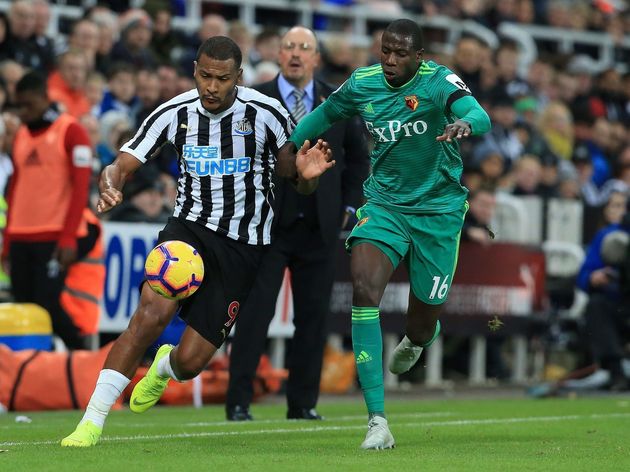 The sloppy finishing of Deulofeu and Success up front was a major reason why Watford lost this match but, if the duo can improve in front of goal, this side has the potential to be incredibly dangerous.

During the first half, Deulofeu showed some of the attacking flair which made him an exciting prospect in Barcelona's youth academy. Combining with Pereyra and Isaac Success, Deulofeu looked to be a level ahead of the competition in the first half and could easily have bagged a few goals if his end product had been better.

Like the rest of his teammates, the 24-year-old's performance significantly worsened after the break, but Deulofeu had already done enough to impress. He certainly needs to work on his end product, but he looks as though he could be the catalyst for an exciting season for Watford.

Deulofeu should have a hattrick by now and Mariappa should have put his shot on target. We need to be more clinical, but looking strong

Watford looking great.Success,Pereyra and Deulofeu heavily involved.They should be a few up

Deulofeu looking very dangerous. No returns yet though.  #GW11

Watford were reasonably impressive throughout, with the majority of the squad looking fantastic in the first half. Even if things slowed down, none of the starting lineup deserve to be identified as the worst player. Unfortunately, that title goes to substitute Stefano Okaka, who missed a fantastic chance to save a point for his side as he blazed the ball over from close range.

Newcastle will be hoping that the result against Watford can prove to be a turning point for the season, and will be looking for a similar performance in their next fixture against high-flyers Bournemouth.