​Leicester City secured an emotional win on Saturday afternoon thanks to a goal from Demarai Gray, beating ​Cardiff City 1-0 a week after the tragic death of late former chairman Vichai Srivaddhanaprabha.

The match was the first that the Foxes had played following last Saturday’s tragic events, where five people – including Srivaddhanaprabha – lost their lives in a helicopter crash. On the pitch, Harry Maguire came off injured early on, with

Leicester finally broke through on 55 minutes, as Gray finished off a wonderful team move to put the Foxes 1-0 up. He took his shirt off in celebration to reveal a message on his base layer, reading ‘For Khun Vichai’. 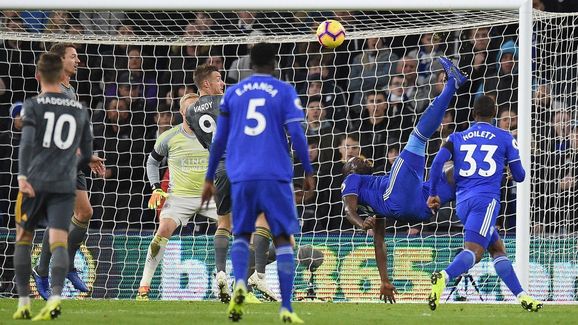 Cardiff once again were poor, wasteful and lethargic. This game showed again why they are heavily tipped to be relegated. Sloppy marking, stubborn defending and little firepower upfront saw Neil Warnock's side lose again, dropping into the relegation zone. Although they had some chances, overall it was a poor performance.

STAR MAN - Cardiff weren't great today, but if anyone was positive it was Josh Murphy. The pacy winger caused problems throughout for the Leicester defence, and helped create some of Cardiff's best chances of the game. WORST PLAYER - Although no one really stood out for the wrong reasons, Joe Bennett was one to blame for Leicester's goal. The left-back switched off in the box, and left Demarai Gray completely free to sweep the ball home.

Sol Bamba should also be acknowledged for his handball, but as no penalty was given he doesn't top this list.

For the Foxes, it was all about doing it for Khun Vichai, and they certainly did that. Although they struggled to break down a stubborn Cardiff team at first, they finally broke through and scored a lovely team goal.

Leicester City have now scored at least one goal in each of their 11 Premier League games this season:

Demarai Gray finished off the team move, and the celebrations alone showed us how much it meant for them. It was a great performance from the Foxes, with real strength and determination from everyone. Ultimately the football didn't matter, but in the end Leicester took a deserved three points in an emotional afternoon.

STAR MAN - Match winner Demarai Gray was undoubtedly Leicester's star man, scoring the game's only goal. As well as that, he was explosive going forward in attack, and was definitely the Foxes' key man in their 1-0 win. WORST PLAYER - Again, no one really stood out for having a poor performance. However, Ricardo Pereira was sloppy at times, giving away fouls and getting booked for a tackle taken for the team.

Following the game, the entire Leicester squad will go to Thailand for Khun Vichai’s funeral. Following the week long service, they will return to Leicester to host Burnley on 10 November.

Cardiff are also back in action next Saturday, as they face Brighton at the Cardiff City Stadium.