A Richarlison brace and Seamus Coleman strike were enough for Everton to claim a 3-1 win against Brighton, with Lewis Dunk's header in the first half little more than consolation for the Seagulls.

Gylfi Sigurdsson had two great opportunities inside the opening 12 minutes to break the deadlock, but failed to hit the target with either attempt when he perhaps should've done better.

Everton had the better of the first half and took a deserved lead in the 26th minute, courtesy of Richarlison's fifth league goal of the season, the Brazilian international lashing home after a swift counter attack from the hosts following a Brighton corner. 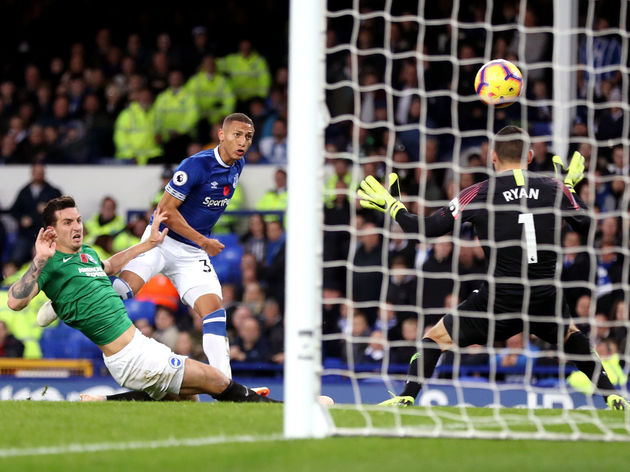 Despite the lively start from the hosts, Brighton equalised in the 33rd minute with their first real chance of the game, as Dunk rose well to nod home Solly March's cross to put them back on level terms heading into half-time.

Everton hit back with their second of the game in the 50th minute, Coleman driving his effort into the bottom corner after the ball fell kindly to him from Beram Kayal's initial tackle. 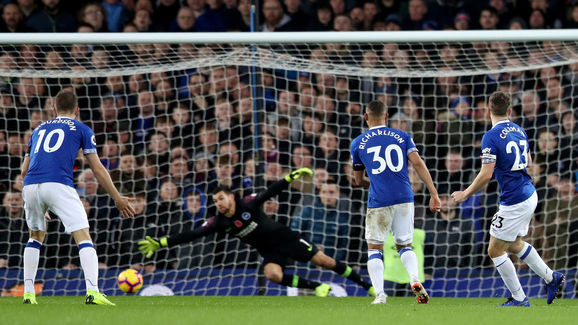 Richarlison had his second of the game, and Everton's third in the 77th minute, as the Brazilian intercepted Dunk's poor pass, before keeping his composure to round Mat Ryan and slot home and wrap up all three points for the Toffees.

Marco Silva would've been delighted with the attacking play his side showed at Goodison Park, who were well worth their win against Brighton.

With Coleman and Lucas Digne providing great width for the Toffees on the flanks, and Gylfi Sigurdsson and Richarlison linking up well through the middle, Everton had a number of opportunities to take the lead before their opener.

There are plenty of positives to take going forward for Silva in an attacking sense, as Everton made it four wins in their last five Premier League games.

STAR MAN
​
​Despite not being a typical striker, Richarlison took his chances well when they presented itself, especially considering he could've been forced off with a nasty looking ankle injury in the first half.

The Brazilian finished superbly in the 26th minute to open the scoring, while he showed great composure to grab his second of the game and seal all three points, while his link-up play with Gylfi Sigurdsson is a positive sign of things to come for Everton.

Truly top class finishing that from Richarlison - even better when you consider he could have been forced off with that nasty looking ankle injury. Superbly weighted pass from Sigurdsson too.

2 - This is the first time in @premierleague history that two Brazilian players have scored at least twice on the same day in the competition (Felipe Anderson and Richarlison). Samba.

Theo Walcott endured a mixed afternoon, and was consistently inconsistent for the vast majority of his 85 minutes on the field.

For all the pace and dribbling skill he showed at times, his miss from Bernard's cross at the start of the second half was criminal, which thankfully didn't cost his side.

Walcott with a absolute awful miss

Been impressed with us here tho. Very fluid and quick just missing the killing touch. I’d get Tosun on for Walcott an move Richarlison out wide. Walcott has been poor for a few weeks now. Move the ball quick An we have cut threw them. Their fullbacks are poor need to get at them

Chris Hughton will rue defensive errors from his side that meant they couldn't take anything from their game against Everton.

The hosts scored their opener from a Brighton corner, which would really irk Hughton, while Coleman was offered too much space on the edge of the area for his goal just five minutes after the restart, with Dunk's poor pass across goal for Everton's third goal compounded their afternoon.

Brighton had managed to get to half time level, however their defensive lapses meant they weren't deserving of anything come full time.

While it was a largely forgettable afternoon for a number of Brighton players, Shane Duffy stood out with a competent display for the Seagulls, who impressed at the back for the Seagulls despite conceding three times, with the centre back making a number of key headers and blocks to limit the damage.

Dunk would've been Brighton's star man had he not handed Everton their third goal with the poor pass to Duffy.

Shane Duffy is sound. I’d have him back at Everton any day.

Alireza Jahanbakhsh had a very ineffective afternoon at Goodison Park, with the Iranian international a peripheral figure for Brighton in an attacking sense, offering very little down both the right and the left hand side.

Everton face a stern test for their next game, as they travel to London to face a Chelsea side who have enjoyed a fine start to the season.

Brighton meanwhile will be hoping to return to winning ways when they travel to Wales to play a Cardiff side in the midst of a relegation battle.