Player vs. player debates. It's been a cornerstone of sporting fandom since time immemorial. And, luckily for us, we are currently blessed with some of the greatest generational battles the world has ever produced. Think Roger Federer vs. Rafa Nadal or Sebastian Vettell vs. Lewis Hamilton - multiple title winners constantly fending each other off for victory.

But, strangely, it is in the team oriented realms of Football and Basketball that these mano-a-mano (to further globalise the phrasing) duels rage most fervently. Think Larry Bird vs. Magic Johnson, or Frank Lampard vs. Steven Gerrard.

More often than not, these discussions morph into more speculative arguments over the respective merits of inter-generational talents. Diego Maradona vs. Pele. Bill Russell vs. Kareem Abdul-Jabaar. This is how it works, how it will always work. 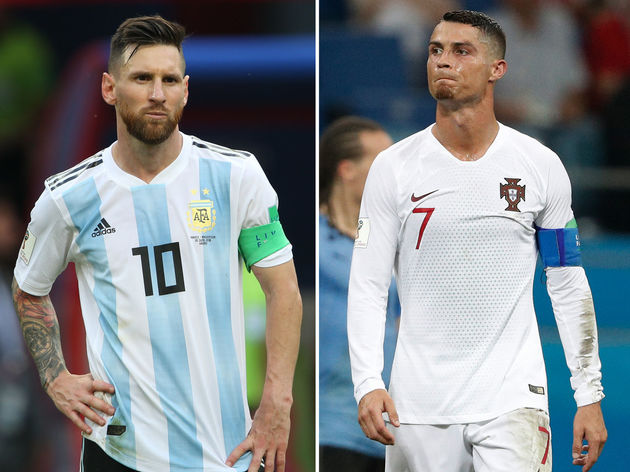 We know this because whenever ​Lionel Messi waves his wand of destruction, or ​Cristiano Ronaldo defies the constraints of age and athleticism, or Steph Curry hits a 50ft three pointer, or LeBron James dunks from the three point line - we are reminded. We are hounded by both sides - the elder truthers, and the insistent millennials, riding for their generations like an unrelenting toddler attempting to convey hunger.

Obviously, like it or not, this is an important topic - far more prevalent and polarising than any conversations on the greatest teams of all time. And, like most important topics, it has a multitude of prisms and factors from which you can analyse it.

For the purposes of this, we won't necessarily delve into who is better between our current crop of contestants, but focus on something hopefully more profound. Who will define this generation? Because, at the end of the day, this is what truly matters. Legacy.

When you come to define your generation, you leave an indelible mark on those around you, but more importantly, on those waiting in the wings. Your style of play, your quirks, your passion, your commitment is deified, imitated and respected for years to come.

✍️ Two of sports' greatest talents, leaving the confines of a successful team in order to forge their own destiny . . .

This viewpoint takes into account more than just quality or talent, it considers personality, endearment and innovation. For example, it is in these classifications that Maradona eclipses Pele. For all the Brazilian's achievements, he was never the tour de force individual that his Argentinian successor was. His style wasn't replicated in the same way.

And, it is within these paradigms that ​Lionel Messi and Steph Curry exceed their contemporaries. Both their games are predicated on a fine balance between mesmeric individual skill and generous team play. They prop themselves up by improving others as well as themselves - aware of when to strap the backpack on and when to hand it over - and have subsequently starred in two of the greatest teams the sporting world has ever seen.

But it is the way they have irrevocably changed their sport that elevates them. Because each of them have redefined not just the lens, but the sheer metrics by which we now measure success in their positions.

Curry's inimitable long-range shooting has sparked a meteoric rise in shots from beyond the ark in the NBA. People weren't supposed to score 286 three pointers in a season, let alone 402 - Curry's two highest totals, which rank at one and two in the NBA's all-time records. 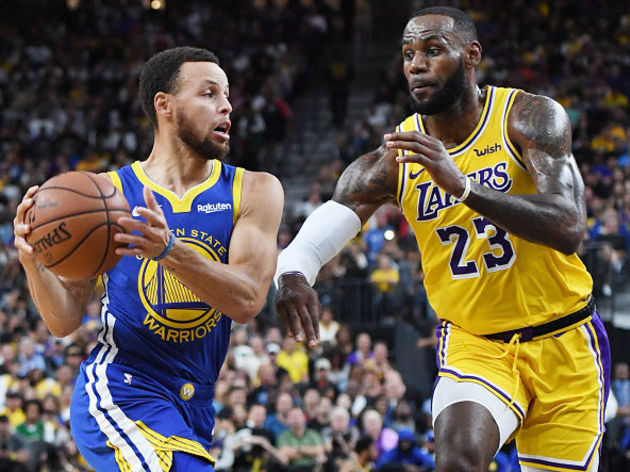 For reference, this is more threes than the average NBA team scored throughout the first 25 YEARS of the three point line's introduction (!!?!?!) and as much as Larry 'Legend' Bird managed after eight years in the league.

The kids have responded, lobbing up three-pointers whenever possible, with shouts of 'Chef Curry' or the like urging the ball in when they do.

Messi's magnificence is harder to quantify. It is a hark back to Maradona's slaloming talents, but amplified with a mastering of vision and awareness.

But in doing this, he changed the parameters of what an attacking midfielder/right winger/creative playmaker can be, irreversibly shifting their goalscoring burden. In May 2018, the Argentine scored his 1000th career goal, as per Barcelona's official website. Now, this includes youth games, but still. 1000 goals. How can you live up to that?

Eden Hazard certainly won't be thanking him, because he's why people still expect the Belgian to 'kick on' in front of goal. And he has done it all with the added inhibition of being 'too small' to grace a football field. 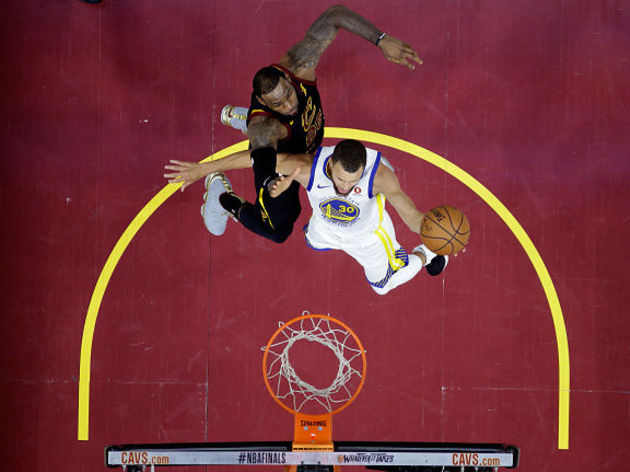 Now, in terms of talent, all of the above could be attributed to Ronaldo and LeBron - the latter being almost unquestionably considered 'better' than his Golden State Warriors' compatriot.

The difference occurs in their respective attitudes and archetypes. Ronaldo and LeBron are hardworking enigmas, intent on improving themselves daily - with or without their teammates. They're capacity for competitiveness knows no bounds, and their journeys reflect this.

While their diminutive (comparatively) rivals have had one-team careers, they have chopped & changed with the wind, striving for the greener grass whenever possible, inconsiderate of what befalls their previous teams when they do.

This selfish streak has burned bridges across their sports. They are uncompromising competitors, and this trait - while undeniably making both what they are: serial winners - has made them difficult to coexist with. Chemistry is an after thought. From ​Gareth Bale to Kevin Love, this has been proven.

If you were to ask players past and present who they would rather play with, I'm sure the results would be representative of this divide. Think about it - would you rather be dragged to titles or pushed? But this is not necessarily why they are lesser in their lasting legacy. This isn't just a niceness scale, after all - sport never is. They are lesser because they are both classical in their excellence. Not in terms of fitness and athleticism - in this category they're out on their own with Tom Brady - but in terms of style. They haven't changed the mould like the others have.

This may seem unfair, and in some ways it is, but in the sands of time, their adversaries will prevail. Not because they blazed a brighter trail, but because their trail was different - it was fresh. It was new.