​Liverpool defender Dejan Lovren has claimed Sergio Ramos has made more mistakes than him in the last few years, but did concede that his teammate Rafael Varane is the best centre back in the world.

During Croatia's feted run to the World Cup final, Lovren infamously proclaimed himself one of the best defenders in the world, prompting more than a few quizzical looks. “When you look, tell me a player who played in the Champions League final and then a month later in the final of the World Cup?

"I am the second after Thierry Henry. I was searching for that information in the Premier League. Yeah, I agree, I didn't win, but I still think I deserve the credit."

Throughout his tenure on Merseyside, the Croatian has been the butt of much criticism, which he finds unfair, citing the mistakes ​Sergio Ramos makes that go unnoticed: "People always catch you on these mistakes, they don't look [at the] good things. Sometimes I think I don't deserve the hate, I would say.

You can only sign two of these players for your team...who are you taking? 樂 https://t.co/32rSCLsBlX

The ​Liverpool man was also asked to name his top five current defenders in the world, where he cited himself and Virgil Van Dijk before having another pop at Ramos: "I would say Varane, he deserves a lot of credit. But I think he doesn't get it as much. Ramos gets it and I don't agree with that." 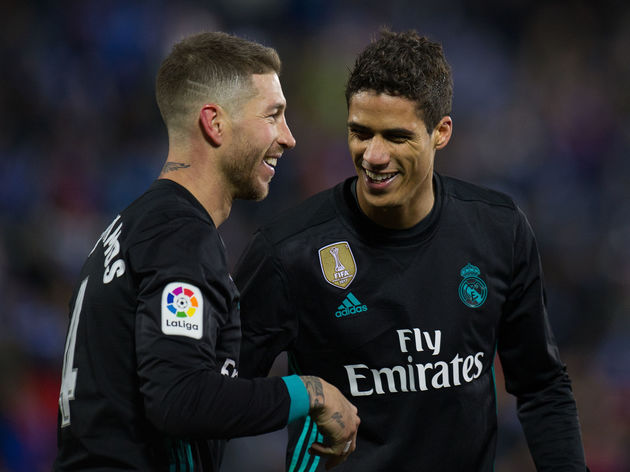 When asked to clarify if he thought the Frenchman was the best of this bunch, ​Lovren admitted:

"Definitely. For me, at this moment and previous years, yeah. He won the Champions League and he won the World Cup so he should be the best defender."