Real Madrid defender Raphael Varane is set to be out of action for the next month due to a muscle problem, dealing recently appointed caretaker manager Santiago Solari an early blow.

The 25-year-old was substituted at half-time during Madrid's recent 5-1 defeat to Barcelona after feeling discomfort in his leg, believed to have stemmed from his foul on Luis Suarez in the penalty area in the buildup to Barca's second of the game. As a result, Spanish media outlet ​AS claim the centre back will be out of action for the next month due to pain in his left adductor muscle, potentially ruling the Frenchman out of Los Blancos' next six games.

​Varane is set to miss the Copa del Rey first leg against Melilla, La Liga games against Real Valladolid, Celta Vigo and Eibar, as well as Champions League fixtures against Viktoria Plzen and Roma, with the defender potentially available for selection against Valencia in December. 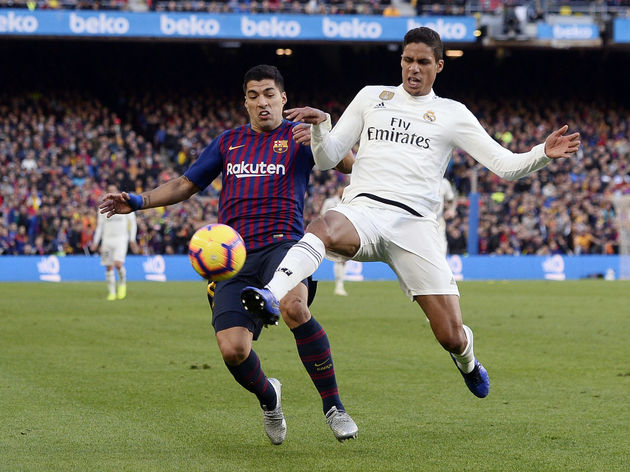 Also set for time on the sidelines is striker Mariano Diaz, who is set to miss games against Melilla, Real Valladolid and Viktoria Plzen, with a hamstring injury ruling him out for the next ten games. Real Madrid have endured a poor start to the season, as they're already seven points behind Barcelona at the top of ​La Liga and have only one win from their last seven games in all competitions.