W90
WorldNews
Lists
Next Article
Jack Wilshere's career could have been so different, but it's great that he's rejoined Bournemouth

High-flying Bournemouth demolished Fulham 3-0 at Craven Cottage, as a David Brooks scored either side of a Callum Wilson brace to ensure victory for the Cherries.

As expected, there was an end-to-end feel to the game from the offset. Bournemouth were the first side to benefit from this as they were awarded a penalty in the 13th minute, Callum Wilson brought down by Timothy Fosu-Mensah's rash challenge. Wilson subsequently dispatched the penalty confidently to put the away side 1-0 up. Fulham endured a frustrating first half and struggled to create any chances of note as they went into half-time 1-0 down. Simon Francis' 30-yard piledriver in the 55th minute looked destined to fly into the top corner but Sergio Rico produced a wonderful save to deny the Cherries' defender.

In the 72nd minute, Bournemouth unleashed a devastating counter-attack as Ryan Fraser drove forward before playing a neat pass into the path of David Brooks, who finished expertly to put the Cherries 2-0 up. 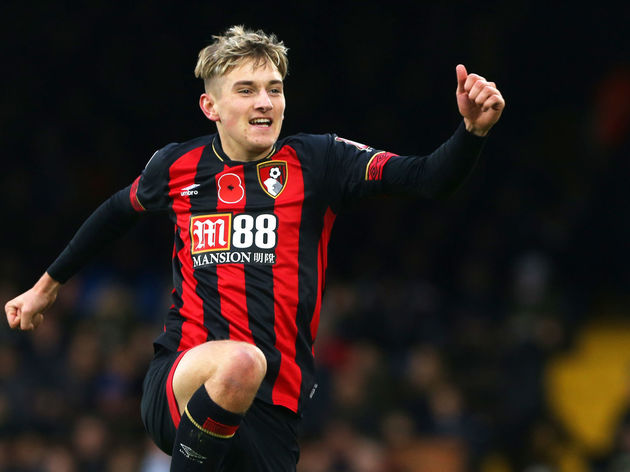 Things went from bad to worse just 30 seconds later, as Fulham were reduced to ten man after Kevin McDonald was shown a second yellow card for a cynical hack on Brooks.

Bournemouth put the game beyond doubt in the 85th minute as Wilson was played in behind Fulham's defence, before drilling an unstoppable strike into the bottom corner.

The Cottagers entered their home fixture against Bournemouth without a clean sheet to their name in the Premier League. Last weekend, in their 4-2 loss to Cardiff, Fulham's defending was

Despite a change of system for the home side, the defensive performance was poor yet again. Fulham's back line seemed perennially unsure on the ball and equally as confused off it too, as Bournemouth carved through them at will. Fulham were fortunate to only concede three goals on the day.

STAR MAN - Fulham's summer signing, Jean Michael Seri, often looks a level above his teammates. The midfielder was reportedly chased by the likes of Barcelona and Chelsea over the summer, but chose the Cottagers.

Jean Michael Seri has created 5 chances so far vs. Bournemouth, 3 more than any other player on the pitch.

In a game where Fulham lacked any real finesse on the ball, Seri was a calm figure in the midfield. He kept things ticking over for the home side and rarely gave the ball away, which is more than can be said for many of Fulham's players.

WORST PLAYER - There were numerous poor performances in the Fulham team today but Aboubakar Kamara was the worst of a bad bunch. Throughout the entirety of the game, the French forward was guilty of giving the ball away in attack.

Kamara is a disgrace of a player

Kamara's game was summed up in the first-half when he was booked for a blatant dive. The Fulham player was fortunate not to be sent off in the second half after he petulantly kicked the ball away. It was a day to forget for Kamara.

The Cherries' excellent start to the season saw them come into this match against Fulham on 17 points. After nine Premier League games, not may would have envisaged Bournemouth being in sixth place, above the likes of Manchester United and Everton.

Lots of talk about Wolves but let’s hand it to Bournemouth this season they have been on fire !!

The question was – and is – whether they can continue in this vein of form. In light of today's performance and result, Eddie Howe's side are showing no signs of letting up and could well be the surprise package of the season.

Great goal by David Brooks, didn't even look up, knew instinctively where the goal was. Showing maturity beyond his young age.#FULBOU

Against Fulham, Brooks was at his terrorising best. Off the ball he harried the home side's defence all game, whilst providing neat interplay in the attack for the Cherries. His fine performance was capped off with an excellently taken goal in the second-half.

WORST PLAYER - Bournemouth were marvellous against a poor Fulham side, meaning it is impossible to pick a 'worst player' for Eddie Howe's side. Every player in his team put a shift in today and they continue to take the Premier League by storm this season.

Fulham next face a daunting test away to Manchester City

Bournemouth, on the other hand, face Manchester United