After a memorable win midweek in the Champions League, ​Borussia Dortmund are back to league affairs on Saturday afternoon as they welcome Hertha Berlin to the Signal Iduna Park.

The Schwarzgelben comfortably sit top of the table after a fantastic start to the season – a situation mirrored in their Champions League campaign, where Wednesday's ​4-0 win over Atletico Madrid sees them top of Group A.

 @BlackYellow are undefeated in all competitions this season, top of the #Bundesliga and first in their #UCL group 

Hertha Berlin are also looking good, placed sixth in the league. After a fantastic 2-0 win over ​Bayern Munich, back-to-back draws against Mainz and Freiburg saw them drop from third place. Nevertheless, this is an improvement on last season, which saw them finish in tenth place.

Here is everything you need to know ahead of Saturday’s Bundesliga clash. In April 2016 the two teams faced off for the DFB-Pokal semi-final, with a final against Bayern Munich at stake. Having drawn 0-0 months earlier, it was expected to be a tight affair at the Olympiastadion, yet it was far from it.

Dortmund dominated the game from start to finish, as they won 3-0 thanks to goals from Castro, ​Reus and ​Mkhitaryan. However, it wasn’t to be for BVB that season though, as they lost the final to Bayern on penalties.

Hakimi will be looking to continue his great form after a strong start to the season. On loan from Real Madrid, the 19-year-old only started playing after Marcel Schmelzer’s injury, but since then he has been fantastic in defence. 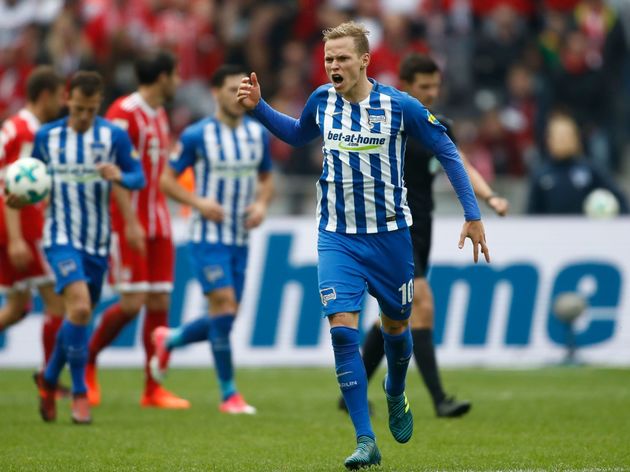 He will be dealing with Ondrej Duda, Hertha Berlin’s star midfielder. The 23-year-old Slovakian is Hertha’s top scorer, with his six goals being instrumental in their strong start to the season. His battle with Dortmund’s young defender will be an intriguing one.

Sancho is one of the hottest young talents in football right now, and has taken the league by storm this season while barely starting a match. The England international has three goals and eight assists in all competitions so far, leading the Bundesliga assists chart. 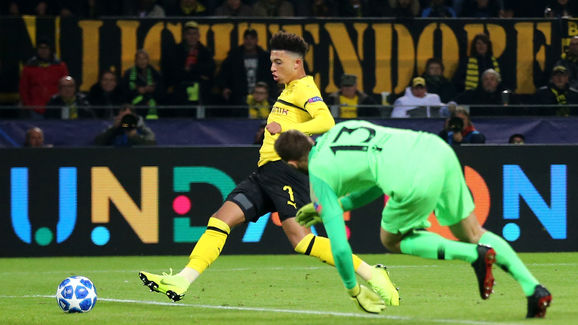 Dealing with him will be Marvin Plattenhardt, the experienced German international who featured at this summer’s World Cup. The 26-year-old will have a big job on Saturday, as he aims to keep Dortmund’s new young star quiet.

Dortmund are missing two defenders in Manuel Akanji and Marcel Schmelzer, through a knee and hip injury respectively.

They may also have to do without in form striker Paco Alcacer, who missed Wednesday’s win due to a thigh strain. The Spaniard is the Bundesliga’s joint top scorer on seven goals, and although he is unlikely to start he may be named among the substitutes. For Hertha, Marius Gersbeck and Julius Kade are still sidelined, with the former having been injured since April. Jordan Torunarigha and Marko Grujic are also unavailable, as they both continue to work their way back to full fitness.

Dortmund will look to extend their outstanding unbeaten run, while Hertha Berlin will hope to get back to winning ways.

However, the stats look to be heavily in favour of the Schwarzgelben. They’ve won every home game this season, scoring 18 and conceding just five. As well as this, Hertha Berlin have kept one clean sheet in 31 total visits to the Signal Iduna Park. To cap it all off, Dortmund are coming off an incredible high, smashing Atletico Madrid 4-0. It would be a shock to see anything other than a comprehensive home win, as Lucien Favre looks to continue his successful reign as Dortmund’s new manager.