​Arsenal midfielder Aaron Ramsey has revealed that he was prepared to renew his contract with the club, and has asked for an explanation after the contract discussions were unexpectedly cancelled.

As it stands, Ramsey's current deal expires at the end of the season, meaning he will be free to leave the club in the summer. He can also start discussing a contract with a new club in January, but was in the process of agreeing a new deal with the Gunners only for the offer to be withdrawn. In an interview with The Independent, the Welshman admitted that he does not know why ​Arsenal backed out of the offer, saying:

“So I just have to get my head down, work hard and try and help this team as much as I can now. We’ll see where that takes me.”

Those who are asking him to sign a contract ... must not love @Arsenal ... @UnaiEmery_ from day 1 already figured out the overrated clueless always off position #10 wanna be Ramsey is the root cause of arsenal so he pulled the contact off the table .can’t wait to see his back!

He then added that he would like an explanation from the club as to why the talks broke down, saying: “I will see. Hopefully somebody will come up and tell me why. I’ll accept that if there’s a reason. At the moment, no, I haven’t.

“When the time is right, I probably will find out but that hasn’t happened yet.”

Finally, Ramsey was asked whether he felt like he was playing to earn a new deal, Ramsey admitted: "No, I’m going out and playing the way I have always played. 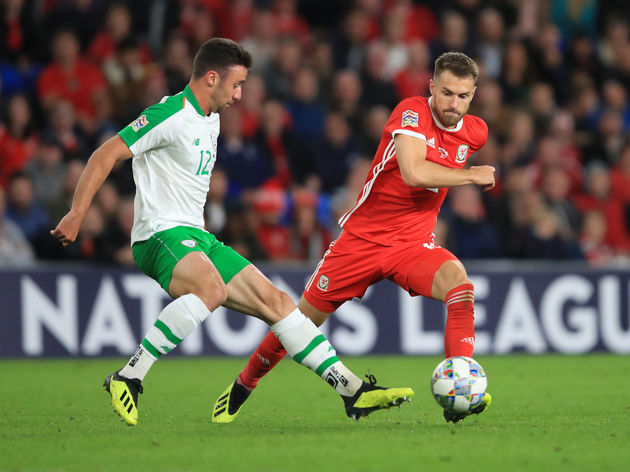 “I try to give my best for the team, help the team and try and go out there and play the best I can for myself as well. Nothing’s in my head when I’m out there, I’m just trying to have fun on the football pitch."