Moussa Sissoko has admitted that he is hoping to return to the France squad, having been left out of Les Bleus' World Cup winning side this summer.

Sissoko, 29, has struggled to win over Spurs fans since joining from Newcastle in 2016 but was given a standing ovation for his work rate and assist for Erik Lamela's winner in a 1-0 victory over West Ham on the weekend.

The Frenchman, commenting on his return to the side said (via ​ESPN): "I tried to help the team and I did well so I'm very happy with my performance...football is up and down, and you have to try to keep the balance. 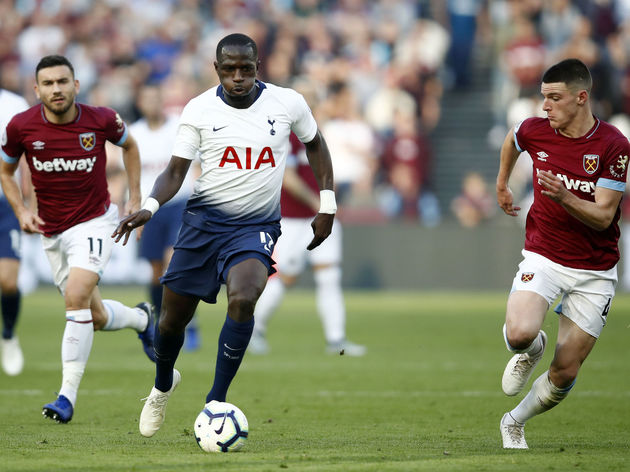 "Even the best players in the world sometimes can have a bad moment, but I try to stay positive. When you get criticised, you have to take it positively and try to train more and give more on the pitch.

"I knew all the players and staff were always behind me, and when I had the opportunities to play I've tried to do my best. Saturday was a good afternoon for me, so I'm very happy. I'm a midfielder so my job is to help the team and, when I can, try to give some assists. It was a good assist for me, so I'll try to keep going in that way.

"We have a lot of games so we're going to rotate the squad, and when you have the opportunity to play you have to take the chance."

Sissoko played for France when they lost the Euro 2016 final to Portugal, but his struggles to hold down a starting place at Spurs meant he was left out of the squad that won the World Cup. "I wanted to be part of the squad but that's football, and I have a lot of friends there so I was very happy for them that they won the World Cup." he said. "Now I just need to look forward and try to work hard and hopefully be back in the squad."

​Spurs sit in fifth and are enjoying their best start to a ​Premier League season in terms of points without ever playing at their full capacity. Sissoko will want to continue to help his side's good start to the campaign when they face ​Manchester City next Monday night.