​Chelsea midfielder Cesc Fabregas is hoping to secure a move away from the club when his contract expires at the end of the season, with Turkish giants Galatasaray keen on bringing the Spaniard in on a free transfer.

The 31-year-old is one of several Blues players who have struggled for game time under Maurizio Sarri. He has made just four appearances all season, none of which have come in the Premier League, with Sarri preferring new signings Mateo Kovacic and Jorginho. 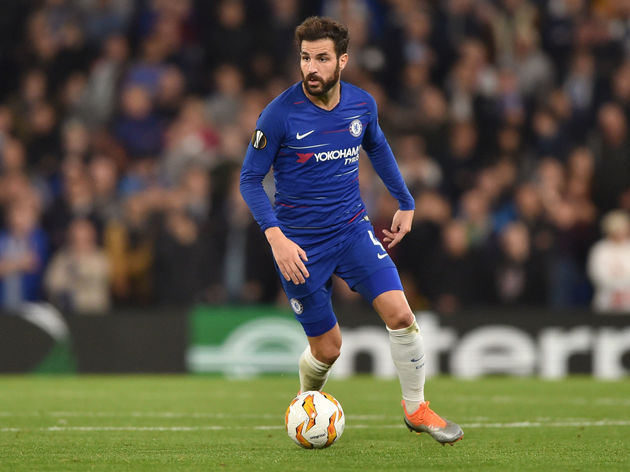 News of Galatasaray's interest comes from Turkish outlet Sozcu (via ​Turkish Football), who claim that the Lions are incredibly interested in signing ​Fabregas on a free transfer. The Spaniard's current deal expires at the end of the season, leaving him free to negotiate a new contract away from the club in January.

There has been no sign of a new deal at ​Chelsea for Fabregas, who would likely be the subject of interest from several clubs around Europe if he becomes available on a free transfer.

The likes of ​Milan, ​Inter and ​Napoli have all been linked with Fabregas, meaning he may have a lot of choice when it comes to deciding his future. The Spaniard is widely regarded as one of the finest creative midfielders in the ​Premier League, yet has struggled to make an impact under Sarri and predecessor Antonio Conte, who have both favoured midfielders with higher physicality and energy.

However, his creative ability has never been in doubt. He has racked up the most Premier League assists out of any player currently active in the division, whilst his tally of 111 is second to only ​Manchester United legend Ryan Giggs in the Premier League's all-time records.

His playmaking abilities would certainly be a valuable asset to any club, and it remains to be seen whether Chelsea will grant him an exit from the club, or try and convince the Spaniard to stay in London.