​Erik Lamela has admitted that Tottenham Hotspur are in danger of missing out on Champions League Group B progression if they drop further points to PSV Eindhoven.

Mauricio Pochettino's men have it all to do after losing their opening two Group B games to Inter and FC Barcelona. 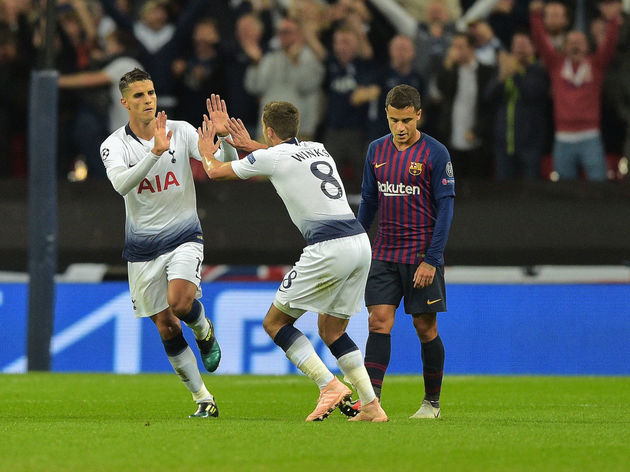 Spurs' conquerors boast six points each, after victories over both Spurs and PSV have catapulted them to the top of Group B, leaving the north Londoners and the Dutch outfit, who meet tomorrow, on zero points.

​Lamela, who scored in the 4-2 defeat to Barcelona at Wembley, has spoken to journalists ahead of the trip to Holland to give his thoughts on the likelihood of Spurs' progression and the

10 - Erik Lamela has been directly involved in 10 goals in his last nine games in all competitions (7 goals, 3 assists). Form. #WHUTOT

Lamela and his Spurs teammates face PSV Eindhoven at the