The Liverpool manager used a peculiar ‘dog analogy’ to explain how and why the Reds have changed their attacking style from last season. He explained how his side have become less dependent on their high pressing so far this season.

GET IN!! It wasn't pretty but it's all about the three points! #HUDLIV https://t.co/PuBThl5zcI

As quoted by The Daily Mail, Klopp said: “It's like a dog. If you don't give him his favourite toy and throw him something else, he thinks, 'No, I don't want that. I want the other one. I want to play high press.'”

Liverpool won 1-0 in Yorkshire thanks to a ​Mohamed Salah goal, keeping them second in the table level on points with Manchester City, who lead the Premier League on goal difference.

The win sees the Reds maintain their unbeaten league record, and ensures that three teams remain unbeaten for the first nine games of the season for the first time in Premier League history. Klopp added: “That's how you develop, step by step, doing different things. Now we have to be better in the midfield press.

“Last year, our big strength was high pressing, and then when the opponents didn't play football, it was like, ‘sorry’.”

Although it wasn’t such a comprehensive win over a Huddersfield side yet to register a win this campaign, it was an important win. The three points were a strong response to a run of four games without a win in all competitions, following defeat in the Carabao Cup and Champions League. “Our midfield press wasn't our problem against Huddersfield, though. Our problem was only that when we had the ball, we could have done better," Klopp remarked.

“You cannot win only with offensive football, it's not possible. Because you are open and the pitch was too big for that. 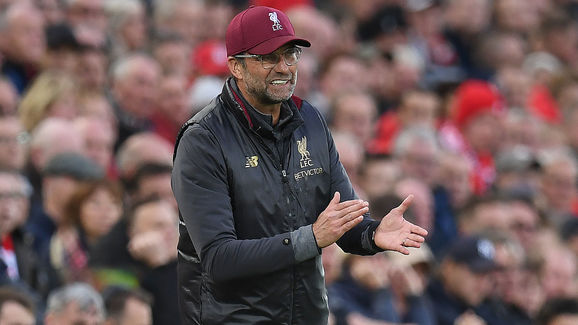 "You need to be organised and, on the other side, you need to create. I would love to see us do that a little bit better.”

Liverpool are in Champions League action next, as they welcome Serbian side Red Star Belgrade to Anfield on Wednesday night. Following this, they return to league action by hosting Cardiff City on 27 October.