Questioned about his future and the Real stories ahead of United's Champions League group game with Juventus this week, Mourinho made his position very clear. 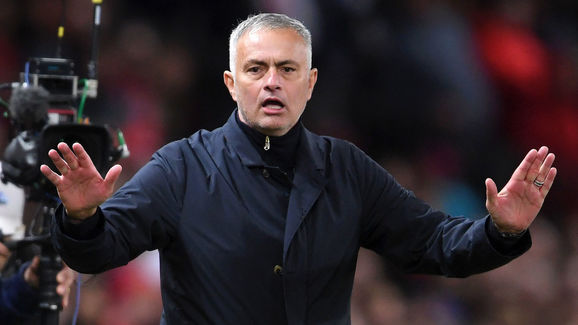 "I'm happy here. I'm happy to see my contract out to the very last day of that contract and I would like to stay after my contract ends [in 2020]," he said, via ManUtd.com.

"All I'm thinking about is Manchester United," the 55-year-old added.

Mourinho chose to ignore questioning about Real, Cristiano Ronaldo, who will be making only his second appearance at Old Trafford since leaving United in 2009, and Paul Pogba, who is due to face former club Juve for the first time since returning to Manchester in 2016.

Instead, Mourinho summarised the size of United's task as he put forward the Bianconeri as serious contenders to lift the Champions League trophy in Madrid at the end of the season.

🎙 Mourinho: "@Cristiano is one of the best players of all time and not much more needs to be said about him."#MUFCJuve #UCL pic.twitter.com/9tTwy2dK4x

"Juventus have a lot to offer. They have an extra year's experience of course with the same coach. For the last five years or so they've been real contenders to win the title," he said.

"They've been to a couple of finals, they've won [seven] Scudetti on the trot and they have a really special player [Ronaldo], who makes a real difference as well. As far as I'm concerned, Juventus are more than just a contender this season to win the Champions League."

Anthony Martial is set to keep his starting place after three goals in his last two games, with Mourinho delighted with what he saw from the Frenchman against Chelsea on Saturday.

"It's easier for an individual to play well when the team is playing well, and vice versa. Anthony was involved in two matches where the team scored five goals, where the team played really well and he played very well too," he added.

Alexis Sanchez and Antonio Valencia are among seven United players missing, the latter Mourinho revealed as a result of not training for 10 days after undergoing 'complicated surgery' on his mouth.