West Ham dominated possession in an end-to-end first half, with both sides guilty of wasting opportunities in the final third. Spurs grew into the game after a slow start however, and took the lead through Erik Lamela, as the midfielder ghosted away from his man to nod home Moussa Sissoko's deft cross.

West Ham pushed for an equaliser in the second half, but found a resolute Spurs defence tough to break down. With the game entering the final 10 minutes, substitute Javier Hernández thought he'd found the leveller as he slotted into an empty net from Marko Arnautovic's cut-back, only to see the offside flag raised.

Hugo Lloris saved well in the closing moments as Spurs survived a late onslaught to earn their fourth victory in a row, leaving West Ham just two points above the relegation zone.

We had our chances, but Spurs take the win. pic.twitter.com/1gIfLeaLFH

Here's our break down of the game:

The Hammers have managed to keep a clean sheet just once this season which will be a concern to manager Manuel Pellegrini.

New centre backs Fabían Balbuena and Issa Diop are both undoubtedly solid players and possess all the combative qualities needed to make it as a commanding defensive pairing. T

Poor half but leading so I'll take it. West Ham are there for the taking as their defence is awful. Get Eriksen on when they have to come at us and there are more goals in this for us

Pellegrini must find a solution to his side's porosity at the back if his side are to turn their season around.

Aaron Cresswell defended diligently against the dangerous Lamela and Kieran Trippier and got forward at every opportunity to give his side an attacking threat down the left. Brought in to replace Arthur Masuaku, the Englishman provides better defensive balance than his teammate, and could be a player that Pellegrini turns to increasingly with his side's well documented defensive struggles.

Felipe Anderson has so far flattered to deceive in a West Ham shirt. The Brazilian winger has shown flashes of brilliance, though many Hammers fans will be disappointed by the output from the club's record signing.

Three consecutive corners that failed to beat the first man summed up a poor display from the former Lazio man, as he was withdrawn early in the second half. An afternoon to forget.

I was jealous when I heard West Ham had landed Felipe Anderson. He is dynamic, pacy, and a huge goal and assist threat. However, he has not adapted to the defensive demands of the #EPL. Spurs were rightfully targeting him and made him look silly. #WHUTOT

After his pivotal role in midfield for Spurs' last season, Mousa Dembélé has started just once so far this season. The Belgian star was linked with a host of clubs over the summer amid rumours that he wanted out, and has struggled to rediscover his best form this term.

Known for his elegant style of play, capable of gliding away from his opponent, Dembélé's skill-set is a real miss in the heart of Spurs' midfield. Harry Winks and Sissoko have impressed when given opportunities this term, though Spurs fans will still be concerned by the apparent loss of form of one of last season's star performers. 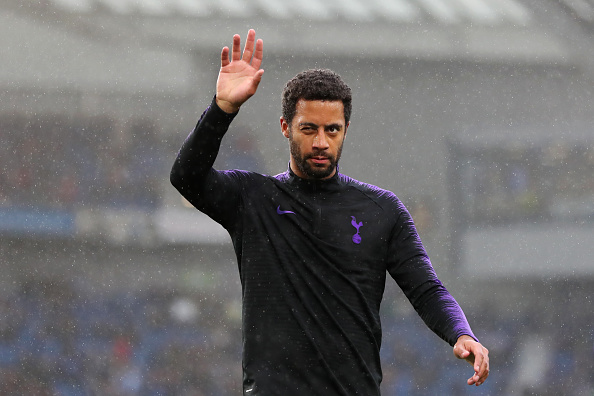 Lamela posed a threat to the Hammers back-line throughout with his creativity on the ball and pressing from the front. The Argentine is enjoying a consistent run of games after struggling with injury for much of last season, and has filled the void of the injured Dele Alli with aplomb. Lamela's goal was his fifth of the season.

Sissoko, despite assisting Lamela's header with a fine cross, consistently gave the ball away in midfield for the visitors. The Frenchman ran like a headless chicken on numerous occasions and displayed a lack of awareness for much of the afternoon.

The return to fitness of Christian Eriksen will come as a relief to Spurs fans which will no doubt lead to a reshuffle in the midfield. 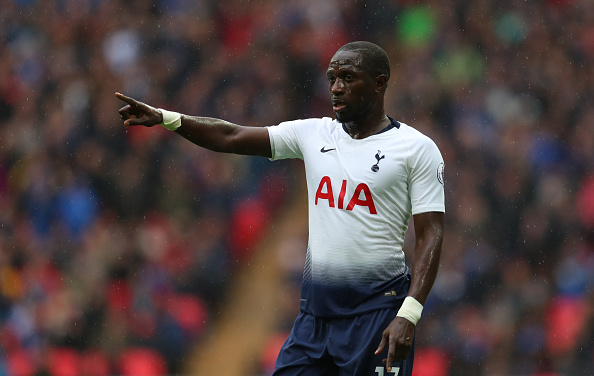 Spurs face a tricky away fixture in the Champions League in the week against PSV Eindhoven before taking on last season's champions Manchester City at the Etihad on Monday night in a fixture that could have big repercussions at the top of the table.

Things don't get much easier for Pellegrini's side as they take on Leicester City away before a re-run against Spurs in the fourth round of the League Cup.