​Bournemouth manager Eddie Howe has backed defender Nathan Ake to avoid being affected by the recent rumours surrounding his future.

The Dutch defender has been linked with both Manchester United and Tottenham in recent days, after putting in a number of eye catching performances on the south coast. Howe insisted that his star turn won't be affected by the speculation, and appeared confident that the Cherries will be able to hold onto a player who they only signed permanently last summer, for a fee of around £20m.

Sky SportsHe's been a model of consistency. He picked up all the player awards that he did at the end of last season and he's carried that form into this [season]. 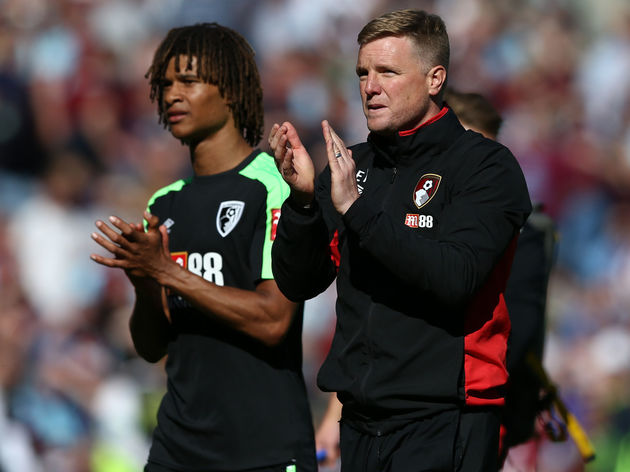 "With any type of speculation that you are linked with, the clubs he's been mentioned with, it's a good sign. However, that doesn't mean we're about to lose him. He's a massive part of what we're doing.

"[There has been] nothing from our side, where it comes from I don't know. It's inevitable [to be linked] when the team is doing well people will naturally highlight our players, potential players who can go on and play at a higher level. I look at it as a compliment to the team.

"It certainly won't disrupt ​Nathan, knowing how level-headed he is. For him he's such a good personality it won't affect him in any way."

The 23-year-old has played every single minute of ​Bournemouth's Premier League campaign thus far, helping the Cherries to their best ever start to a top flight season - with five wins in their opening eight games.

He is expected to be in Bournemouth's lineup again this weekend as they return to action against ​Southampton at the Vitality Stadium.