Burnley manager Sean Dyche has admitted that he will understand if goalkeeper Tom Heaton wants to leave in January following his limited game time this season.

The 32-year-old has expressed his frustration at the lack of football, having played just three games in the Europa League qualifiers and Carabao Cup. The Mirror, reporting from Dyche's press conference on Friday, report that the Clarets boss said: “I thought he spoke very well because he’s a fantastic professional. That’s a big part of why he’s club captain, not just for his performances, but for his professional manner.

“I think he’s being realistic. Me and Tom go back a long way. He was my first signing here, so we’ve got an open dialogue about what’s going on.”

Heaton has been at Turf Moor since 2013, joining just under a year after Dyche, and was made captain two years later – a role which he still holds.

However, Heaton is currently second choice to former England international Joe Hart, who has made ten appearances this season since his move from Manchester City in August, and he may well drop to third on the depth chart once 26-year-old Nick Pope returns from injury. 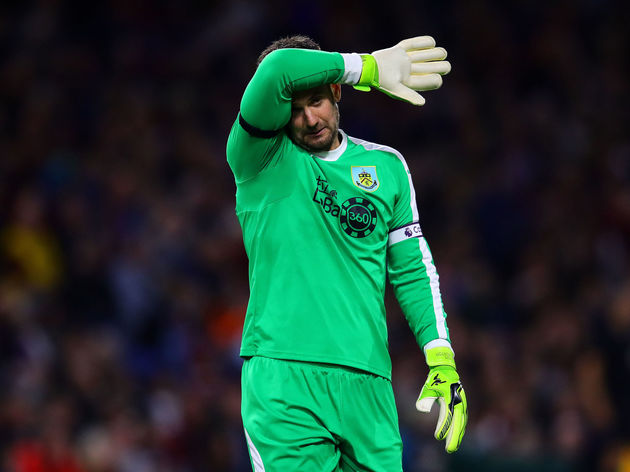 Dyche added: “In due course whatever needs to be worked out, we will find a way of working it out.”

Heaton was the established first-choice goalkeeper at Burnley for his first two seasons, before a shoulder injury in September 2017 saw him out for seven months. Since his injury, he has been unable to retain his place at the top of the pecking order.

“He’s been very unfortunate. It started with his shoulder last season and then he got injured again when [Pope] got injured and I had to make a decision on that. Football changes very quickly. With goalkeepers, it’s more difficult because it can be a longer situation, but with Tom and Popey it changed quickly." Burnley face a huge challenge when they travel to league leaders Manchester City on Saturday afternoon, before welcoming high fliers Chelsea to Turf Moor on 28 October.