With the international break over, Bournemouth and Southampton will resume their Premier League campaigns with a south coast derby on Saturday.

This clash features two sides going through contrasting runs of form, with Bournemouth moving up to sixth in the table after an emphatic 4-0 victory at Watford. Meanwhile, Southampton are hovering dangerously above the relegation zone in 16th place after losing their last three league games, conceding eight goals and scoring none.

A double from midfielder Brian Clifton helped the Saints to a memorable whirlwind of a victory that is from so long ago that when this fixture was played, Bournemouth's team name was Bournemouth and Boscombe Athletic.

A glimpse at what the boss had to say earlier this morning...#afcb 🍒 pic.twitter.com/BvxKRbwVGH

There have been a rather small number of matches between the two sides given that they are not that far apart geographically. Excluding Premier League encounters since Bournemouth's promotion in 2015, the two sides have met only three times in the league since the turn of the millennium.

Callum Wilson has four goals and as many assists for the Cherries in all competitions this season, playing a key role in Bournemouth's excellent start to the campaign. Eddie Howe's men have become a serious attacking threat as the fourth-highest team scorers in the league this season with 16. The ever-reliable Wilson has been an integral part of his side's success and, as a result, Wesley Hoedt will need to be at his best to thwart a potent ​Bournemouth side.

Wilson will look to capitalise on derby day and, against a ​Southampton defence that has looked low on confidence, you would back him to continue his impressive run of form.

Bournemouth's aforementioned attacking danger may be hampered by the possible absence of striker ​Joshua King, who suffered an ankle injury on international duty with Norway. Midfielder Ryan Fraser was absent from the Scotland squad for undisclosed reasons.

The latest on Ryan Fraser and Joshua King's fitness ahead of #BOUSOU https://t.co/Nf6R6XJdFz

Meanwhile for the Saints, goalkeeper Alex McCarthy withdrew from the England squad through injury, though he and Scotland midfielder Stuart Armstrong should be available for selection. Mohamed Elyounoussi is still nursing an ankle problem that he sustained due to a challenge in training before the international break.

Bournemouth will be encouraged by their south coast rivals' poor defensive record. At home on derby day, they should be coming away from this match with nothing less than a victory based on Southampton's miserable start to the season. 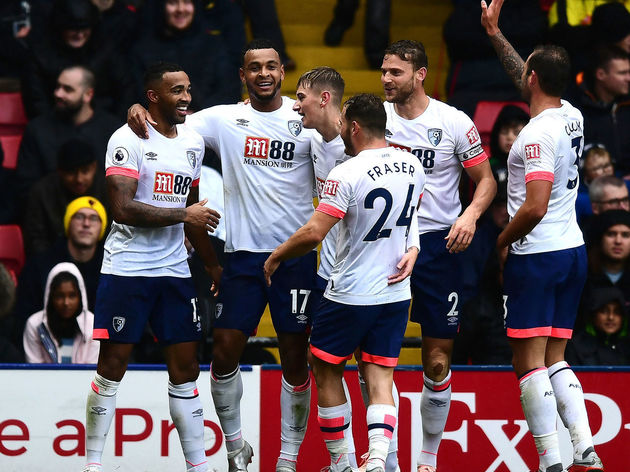 Although derbies are notorious for upsetting the balance, form and confidence of a side, an upset on this occasion is doubtful and Bournemouth should come away with a win to keep up the pressure on the bigger sides above them.