​Barcelona winger Malcom is reportedly already looking for a way out of the club less than three months after securing a €41m dream move to Camp Nou, with Inter now linked to the player.

Having announced himself as a potential superstar of the future at Bordeaux, Malcom was close to joining Roma in summer, to the point of eager fans waiting for him to arrive at the airport. But Barça muscled in at the 11th hour and the player wound up in Catalunya instead.

However, 11 games into the season and the 21-year-old is yet to start a single game. Partly as a result of his injury his total involvement so far extends to just 25 minutes of La Liga action.

According to Italian outlet CalcioMercato, Malcom is being advised to consider a move to Italy should the situation persist, while his representatives are said to have 'evaluated' the idea of heading to Inter.

A report from Mundo Deportivo in Spain, meanwhile, speaks of 'confirmed contact'. It is said that Inter were on the scene in the summer before both Roma and Barça and have apparently requested to be kept informed of any developments. 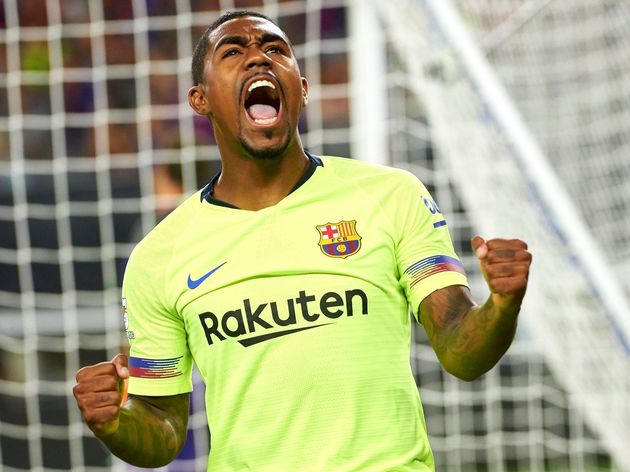 However, conflicting details appear to emerge when it comes to who is driving force as CalcioMercato appears to be suggesting that Malcom's side are the ones pushing for a move out of Barcelona and are presenting themselves to potential Italian suitors.

In that version of events, Inter are far from keen, with the report claiming that the Nerazzurri are unimpressed by how Roma were treated and remain happy with their current options in wide areas: Keita Balde and Matteo Politano.

The story from Mundo Deportivo differs in the sense that it presents Inter as the eager party instead, claiming they are the ones who have asked to be kept in the loop.