Former Manchester City striker Edin Dzeko has implied that he wouldn't mind returning to the Premier League, but has also admitted that the ship may have already sailed on a possible reunion.

The Bosnian forward came quite close to joining Chelsea in January, and the Blues wanted him included in what would have been a double-deal involving Emerson Palmieri. However, talks on his end fell through with Palmieri the only one heading to London, leaving the Blues to sign Olivier Giroud instead. 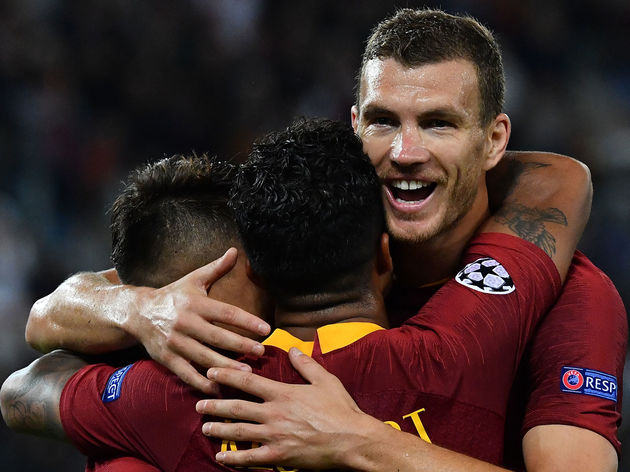 Dzeko, 32, joined Cityfrom Wolfsburg back in 2011 but left for AS Roma two years ago, where he has been a key part of their attack - scoring 78 times in 148 appearances for I Giallorossi since his move.

The striker scored 72 goals during his time at City, having appeared in 189 games for the current ​Premier League champions, helping them to two league titles.

"Maybe it is too late but I love the Premier League"

Roma striker Edin Dzeko admits he is happy in Rome but would not rule out a move back to England in the future.

"I had four-and-a-half great years there, and had fun every minute of every game. I love the Premier League and England, so we'll see. At the moment I'm happy in Rome."

Dzeko, a regular member of the Bosnia set-up, also commented on his country's UEFA Nations League match against Northern Ireland on Monday, acknowledging that it should be a tough experience.

"I definitely expect a tough game like it was in Ireland," he said. "But I expect us to play a little better and get the same result.

"Ireland played very good in the first game and we were a little bit lucky to win. Hopefully, we can play better in front of our own fans this time and get the win."