Bolt has been on trial with the Mariners in Australia for a few weeks now and it has long been his aim to secure a professional contract as a footballer after hanging up his sprinting spikes.

The eight-time Olympic gold medallist had previously trained with Borussia Dortmund and played a friendly for Norwegian outfit Stromsgodset prior to making the move Down Under.

Despite the poor quality opposition on show last week, Bolt appears likely to land the coveted contract with the Mariners, not least because his permanent arrival would be a further incredible piece of potentially lucrative marketing.

However, there may yet be shock competition for Central Coast to actually close the deal.

A report from the Australian Daily Telegraph claims that the Mariners, who have apparently been able to reach a global audience of 500 million people as a result of Bolt's presence, will have to 'move fast' if they are indeed to sign the 100m world record holder. 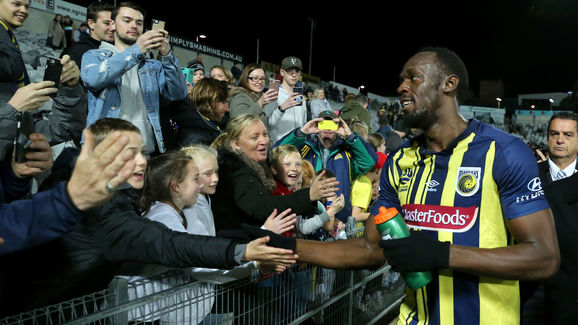 That is because an un-named European club is said to have offered Bolt a two-year contract off the back of his performance against MacArthur South West United - a 'no strings attached' written proposal with 'commercial incentives' that will not require another trial period.

The Australian newspaper has not disclosed the identity of the club, but a number of clues that significantly limit the options make it possible for an educated guess as to who it could be.

Firstly, 'southern' Europe means the team in question can only come from one of a few select countries. Secondly, the club is also described as a 'top flight frontunner'. Thirdly, it is stated that this side recently acquired new investors with ambitions of reaching the Champions League group stage. Fourthly, there is an 'upcoming cup final' that Bolt could potentially even play in.

On the subject of this, also worth noting that Usain Bolt and AC Milan share a common partner in PUMA. Bolt has been sponsored by PUMA for over 15 years, while Milan began their PUMA kit deal in summer. https://t.co/KbtlbNa1U1

Interestingly, AC Milan are one such club who manage to tick every one of those boxes.

The Rossoneri are Italian and so obviously hail from southern Europe. They are a top flight team and also have recently taken on new investors in the shape of Elliot Management Corporation, as well as having an eye on a return to the Champions League after five long years away.

The 'upcoming cup final' is a major potential clue as it is not typically the time of year for such things. But Milan are due to play in the Supercoppa Italiana against Juventus in January.

It is additionally worth pointing out that Bolt has been sponsored by PUMA for over 15 years, while PUMA took over from adidas as Milan's kit suppliers during the summer. 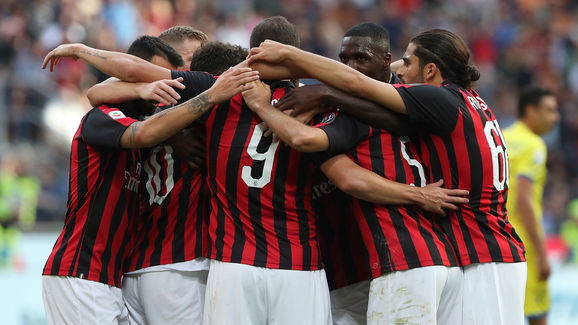 Milan have certainly fallen on hard times in recent years and signing Bolt to a full-time contract, if only primarily as a marketing gimmick, could be a huge shot in the arm for the club in term of exposure and popularity as they look to claw their way back to the top.

The club's 95 shirt is even available, the number that Bolt has so far chosen to wear during his time as a footballer as a nod to his 100m world record, timed at 9.58 seconds.