​Tottenham star Son Heung-min has said that he will not be taking penalties anymore after he missed a spot-kick on Friday night.

Son missed the penalty in South Korea’s 2-1 friendly win over Uruguay, after fellow team-mate Hwang Ui-jo was fouled to win the penalty. Fernando Muslera saved the 26-year-old’s shot, but Hwang scored the rebound to spare Son's blushes and put South Korea 1-0 up in the 66th minute. Uruguay levelled in Seoul six minutes later, as Arsenal star Lucas Torreira set up Matías Vecino who slotted it home. However South Korea were quick to respond, and retook the lead seven minutes later thanks to Jung Woo-young, who scored from close range to set the score at 2-1.

Speaking to Yonhap News, Son said: "We played a great game as a team to win, but personally, I still have a lot of room for improvement. It hurt my pride to miss the penalty. I don't think I'll be taking any more penalties."

Son’s confidence was likely further affected by the fact that this has happened before. In last month’s 2-0 win over Costa Rica, Son saw his penalty hit the post before being tucked away by Lee Jae-sung. Despite his recent penalty problems, Son has had a very successful year with the national team. He helped South Korea to victory in this summer’s Asian Games, where a gold medal means he is now exempt from the mandatory military service that every South Korean man must serve.

South Korea will face South American opposition again on Tuesday night, as they welcome Panama to Cheonan. However this will be Son’s final international appearance of the year, after a deal was agreed between the Korea Football Association (KFA) and ​Tottenham.

In return for Spurs allowing ​Son to play in the Asian Games, he would be left out of the South Korean squad for the November friendlies against Australia and Uzbekistan. 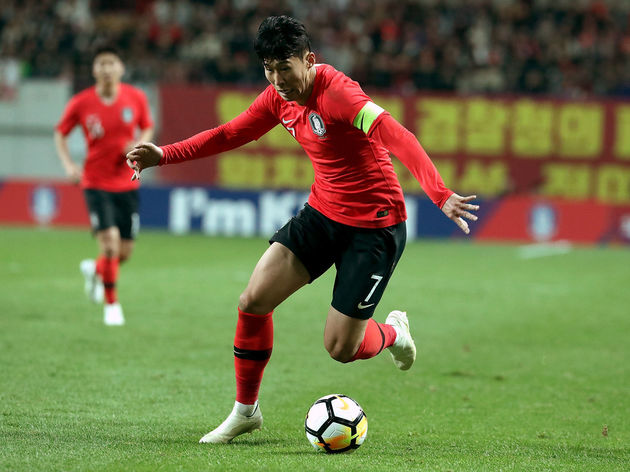 "It's been an eventful year personally," Son said. "The Panama match will be my last for the year, and I'd like to finish the season on a high note."

After the game against Panama on Tuesday night, Son will rejoin the Tottenham squad, as they they prepare for a London derby at West Ham on 20th October.