Carlo Ancelotti was treated to a pizza with a portrait of his face on it during the international break after what has been a solid start to his first season as Napoli boss.
​
​The Italian took charge of Napoli in the summer following the departure of Maurizio Sarri to Chelsea and has made a solid start to life back in Serie A with his side currently second in the league, having picked up 18 points from a possible 24 so far. 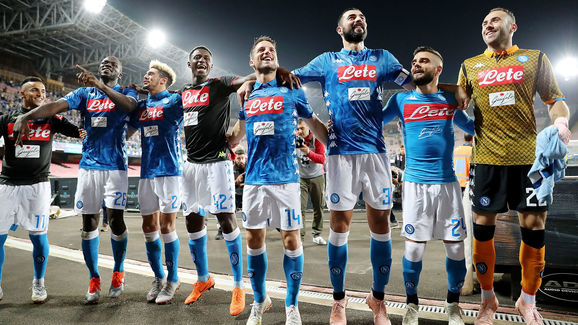 Having had their four match unbeaten run broken by ​Juventus recently, Ancelotti's side bounced back in the Champions League with a last minute 1-0 win over last year's finalists Liverpool before earning a comfortable 2-0 win over Sassuolo in ​Serie A.

​
​It's been a busy first few weeks to start the season, and therefore he and those ​Napoli players who haven't been called up by their respective countries will be appreciating their two days off during the current international break before they regroup and return to training on Monday.

However, it looks like Ancelotti may be enjoying his days off a little more than his squad...

As reported by ​Gazetta dello Sport, Ancelotti has taken the time to explore more of Naples by visiting the ruins of Pompeii and dining in some of the finest restaurants in town, one in which gifted the gaffer a pizza with his own face printed on it!

Seems Allan got a pizza portrait too! pic.twitter.com/aIhFfl143r

He wasn't the only one who received this awesome gift with midfielder Allan also having his face imprinted into his own pizza for good measure. Hopefully, they tasted as good as they looked.​