​Italian giants Juventus have increased their pursuit of young Ajax star Matthijs de Ligt as they are eager to convince the Netherlands international to come to Serie A next year.

De Ligt has impressed this season with strong performances at centre back. He is contracted at Ajax until 2021 with an estimated price tag of €50m, although it is understood that Juventus are willing to spend more than that to bring him to the Allianz Stadium.

According to Corriere dello Sport, I Bianconeri have restored talks with De Ligt’s agent Mino Raiola, who is renowned for many notable clients such as Paul Pogba and Zlatan Ibrahimović. Raiola’s Italian-Dutch background could prove vital in helping bring the 19-year-old to Turin. 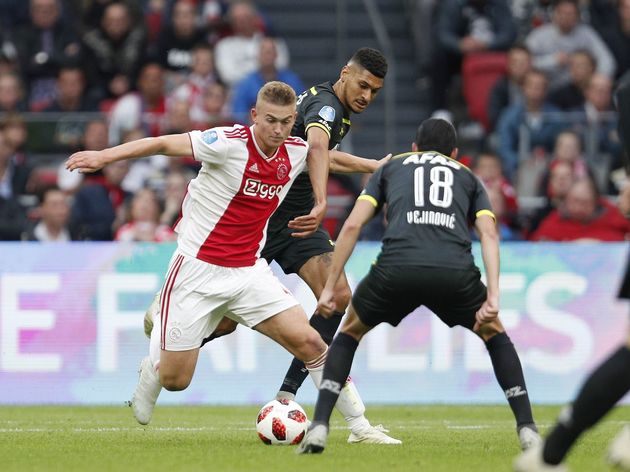 He has spent his entire playing career at Ajax and was part of the Ajax team that reached the Europa League final in 2017, playing the full 90 minutes as they lost to ​Manchester United.

De Ligt has been capped nine times by the Netherlands, and was named in the latest Oranje squad for this month’s fixtures against Germany and Belgium. He made his senior debut last year in a 2-0 defeat to Bulgaria. The 19-year-old has also been strongly linked to moves to Spain and England, as Barcelona and Tottenham look to land the Dutchman.

De Ligt is keeping an open mind to all options, although he has informed his club of his desire to play for Barcelona. Mundo Deportivo report that Barça have already begun to prepare a bid to bring de Ligt to the Camp Nou.

​Juventus are keen to sign the teenager knowing his potential. This pursuit has increased with the knowledge that their current centre backs are entering the twilight of their careers, with Andrea Barzagli, Giorgio Chiellini, and Leonardo Bonucci all in their thirties.