Sir Alex Ferguson and Peter Schmeichel collect their awards on the first day of the 1996/97 season pic.twitter.com/6o6FZZGHUk

"Once, this was when I was a kid just challenging, he had a massive row with Schmeichel in the changing room.

Today I learned Peter Schmeichel scored six goals in 28 top-flight games in his second season as a senior professional, and now I desperately want to see a young goalkeeper come through and make his name scoring semi-regularly in the Premier League.

"I remember thinking 'oh my god this is unbelievable, they are proper going for each other'.

"It was clear for all to hear - and Liverpoolplayers could listen to it unfold too," he added, speaking to former rival Jamie Carragher.

Neville spent his entire career with Manchester United, making 592 appearances across all competitions. Having made his competitive debut for the club in 1992, the right-back turned pundit worked solely under Sir Alex before eventually retiring in 2011. 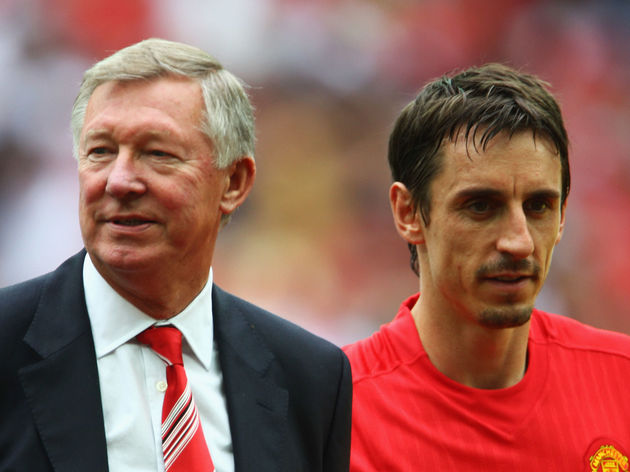 The former Red Devil defender dipped his toes into management after hanging his boots up- as many former pro's do - but Neville quickly swapped the touchline for a television screen following just four months at Valencia.