The Arsenal legend has minimal coaching experience in English football, aside from a brief spell of work within the Gunners’ youth ranks, and taking on such a job of unenviable difficulty would simply not have been the correct fit for the Premier League icon.

Talks at extremely advanced stage for Thierry Henry to become new Monaco manager. Deal not fully concluded yet, but both parties hopeful agreement will be reached in next 48 hours

A matter of days after being ruled out of the running for the job at Villa Park, it emerged that Henry was in ‘extremely advanced' talks with Monaco over their top post, following the sacking of Leonardo Jardim.

The Portuguese manager’s sacking seemed harsh. The 44-year-old had guided Monaco to the Ligue 1 title just two seasons ago, against all odds over big-spending rivals PSG, and had even overseen a remarkable Champions League run that same season, reaching the semi-finals.

What followed was a succession of departures from the Ligue 1 side, as Monaco facilitated a raft of big money sales of Jardim’s star players. ​Kylian Mbappe, ​Benjamin Mendy, ​Bernardo Silva, Tiemoue Bakayoko, ​Fabinho and ​Thomas Lemar are among the key men to have moved on since.

Jardim’s squad was essentially left in tatters beyond his control, with new signings such as Aleksandr Golovin and Nacer Chadli failing to compensate for the calibre of players which had been allowed to leave.

Subsequently, the club find themselves clambering for safety in the relegation zone of Ligue 1. In some regards, the proposition of walking into the Monaco vacancy promises a no easier ride than the ​Villa job at present.

However, in many respects, the Monaco role is the ideal starting point from which Henry can begin his career as a manager by building a side in his own image and demonstrating the true impact of his presence at a club which truly needs such a positive influence. What’s more, ​Arsenal could become the long-term beneficiaries of his progress.

Henry began his senior playing career with Monaco in 1994, during which time he played under future Arsenal manager Arsene Wenger. Having progressed through the youth ranks with Les Monegasques to make the grade at the Stade Louis II, Henry bears the club in his DNA.

The last decade of European football has seen a wave of successful young managers emerge around the continent. One common factor which has prevailed is the success of impassioned rookie coaches taking the reigns of the clubs which they had represented as players.

Diego Simeone at ​Atletico Madrid, Pep Guardiola for ​Barcelona and Zinedine Zidane with ​Real Madrid are the most famous examples of the pattern which have arisen from Spain, whilst Gennaro Gattuso is continuing the trend in Italy with ​AC Milan.

The key to the triumphs of each coach has essentially been their youthful hunger for success combined with an impassioned love of the club with which they have a deep connection. Not only do those factors create a greater desire within the coach to succeed for the club, but it breeds an infectious wave of positive energy and determination among the players.

The Champions League triumphs of Madrid under Zidane, the stunning La Liga title win for Atletico under Simeone and the golden era of Barcelona supremacy under Guardiola are all reflective of the potential for success with such a model of club management.

Whilst Monaco may not be in the same calibre as those clubs, their run to the semi-finals of the Champions League just two seasons ago and their overcoming of PSG to win their first Ligue 1 title since the 1999/2000 season just two terms ago proved the potential which still exists within the club.

Thank you Leonardo Jardim for everything in @AS_Monaco with special mention to the @Ligue1Conforama title!! pic.twitter.com/VlNCvQ23PA

Henry will, of course, have to make do without the bulk of star quality that catapulted Monaco to such success on that occasion.

However, the Frenchman's hunger to succeed not only in taking the first step in his managerial career, but also one for restoring a club which is in his blood to its rightful place is exactly what is needed to galvanise a club and a squad of players that are in Monaco’s current position.

The former Arsenal and Barcelona striker has a wealth of major honours and accolades to his name from his playing career. Moreover, his two-year spell as assistant head coach to Roberto Martinez with the Belgium national team has provided the ideal coaching groundwork.

Not only is the potential for Henry to inject Monaco with the kind of youthful hunger and vibrancy which is required to reboot Monaco a great boost for the club but, if successful, Henry’s restoration project with the club may elevate his coaching reputation to the summit of Europe.

During Arsenal’s search for a new head coach to succeed Arsene Wenger over the summer, Henry’s name was consistently linked with the post. After all, the Gunners are very much in the Frenchman’s blood, just as Monaco are.

​Henry has previously spoken of his dream to take the managerial reins at the Emirates, but it seemed on that occasion that the club’s all-time leading scorer’s lack of managerial experience counted against him, as Unai Emery was installed by Ivan Gazidis ahead of Henry and others. 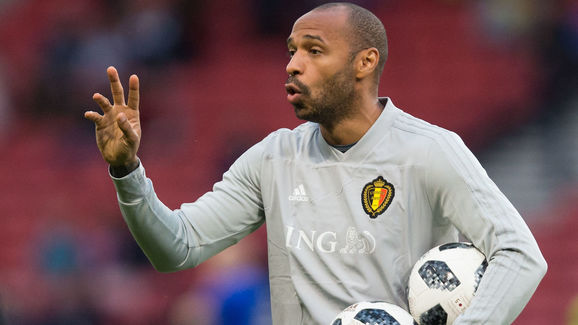 Emery has a track record of short managerial spells with clubs. Four years with Valencia, three with Sevilla and two seasons with Paris Saint-Germain prior to joining Arsenal suggest that the Spaniard is a two-to-three-year manager, not a long-term stalwart for one club.

Should Emery spend a similar duration of time at Arsenal, by the time the Spaniard’s job is done at the Emirates, Henry may just have gained the level of experience and the coaching pedigree required to make the step up to the club that he still feels passionately for.

It seems written in the stars that the Arsenal’s greatest ever player should eventually manage the club that he loves, and perhaps his managerial debut with Monaco could be the final step required to finally lead Henry back to his spiritual home in north London.