​​Tottenham Hotspur have stepped up their

Spurs are among a number of clubs tracking the Fiorentina ace. pic.twitter.com/OrH4jfazk4

The former Partizan Belgrade defender, who is currently on international duty, moved to Florence-based Fiorentina last year for a fee as low as £4m and has since received high praise with his displays in ​Serie A.

So far this season Milenkovic has played eight times, keeping three clean sheets and scoring twice himself as Fiorentina search for European football.

​​already a big admirer of his talent and may look to potentially reunite him with international team-mate Nemanja Matic. The Red Devils is also 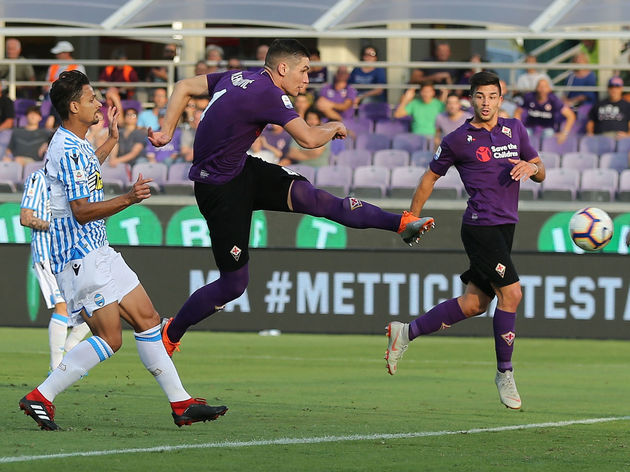 Alderweireld has recently fuelled speculation over a potential Spurs exit by admitting earlier this week he is "not thinking" about signing a new deal.

The 29-year-old was strongly linked with a move to United over the summer as Jose Mourinho looked to bring in a new centre-half, only for the Reds to baulk at Spurs' £65m valuation. There had been speculation Alderweireld would put pen to paper on new terms after an impressive start to the season, but he insisted an extension is not in his thoughts.

"Honestly, I’m not thinking about it at the moment," he said.

"I feel good and I’m playing so I’m happy. We’ll see what happens."