The former Arsenal and Manchester City star has fallen somewhat under the radar in recent years following a drug ban which has seen the two-time Premier League winner become a free agent, following a brief spell with Turkish side Antalyaspor. However, the 31-year-old’s ban is now approaching its conclusion, and the ​Mail report that Marco Silva's Everton could be weighing up a shock free deal to bring the attacking midfielder back to the English top flight.

It is said that Silva wants reinforcements in Nasri’s position as he seeks backup options in support of star duo ​Richarlison and Gylfi Sigurdsson and views the Frenchman as an ideal candidate to fulfil the requirements.

Nasri is able to train with clubs once more next month as his drugs ban expires and Silva has apparently begun talks with his staff over a potential swoop for the former Premier League star.

The playmaker has been without a club since leaving Antalyaspor in January and it is said that Nasri would be keen on a return to England, where he has enjoyed the most successful periods of his playing days, in order to reignite his career at the age of 31.

Nasri’s drugs ban was a consequence of being tested positive for use of substances which were banned by the World Anti-Doping Agency.

The Frenchman was receiving an intravenous treatment at a clinic in Los Angeles in December 2016 during his loan spell with La Liga side Sevilla, during which time Nasri was still on the books at ​Manchester City.

The treatment, which was taken for hydration purposes, was conducted whilst Nasri was on holiday, but was found to contain micronutrient components which feature on the World Anti-Doping Agency banned list.

The result was an initial six-month ban, though that was extended to 18 months, prior to which the attacker was playing in Turkey.

That ban is now approaching an end, though, and Marco Silva has apparently identified Nasri as a potential candidate to reinforce his creative options as the Portuguese coach seeks to boost his side’s efforts to kick on in the Premier League. 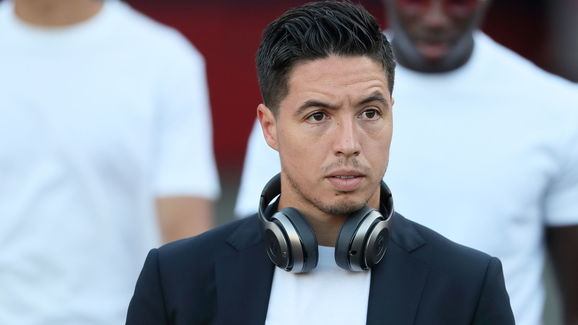 The Toffees most recently secured a 2-1 win away to ​Leicester City prior to the international break and that win left Silva’s side 11th in the league, a position which ​Everton will hope to improve on when Premier League action returns after the break, as they host ​Crystal Palace.