​Manchester United are set to hold decisive contract talks with Juan Mata this month to decide once and for all whether the Spaniard will be at Old Trafford next season.

Mata's current contract expires at the end of the season and he will be allowed to start negotiating a free transfer to another club from January onwards, unless he signs a new deal before then.

The 30-year-old reportedly wants to stay at ​United but there a number of issues which could make him leave, most prominent among which is a lack of game time. He hasn't started a Premier League match since the second weekend of the season. 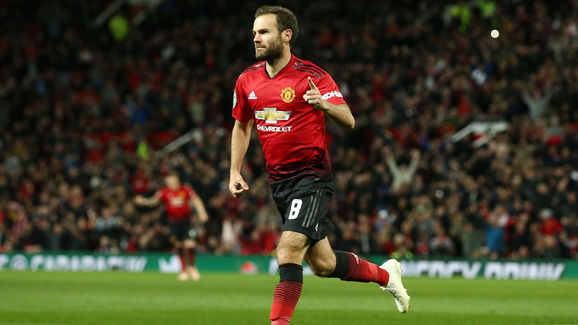 United are aiming to meet with ​Mata's father, Juan Snr, to thrash out a deal in the next few weeks.

"Mata's father is a tough negotiator and it has not gone down well how this situation has been allowed to drag on," said a source close to United (via ​the Sun).

"United will try their best to convince them to stay, but it is by no means certain that even extra cash will do the trick.

"It's purely about playing for Juan. The club know they have left it late and are desperately running out of time.

"They are playing catch-up because of various contract issues and the problems on the pitch being a priority to sort."

A number of European clubs are said to be interested in Mata if he does leave United, including his former team Valencia, for whom he played over 170 matches between 2007 and 2011.