Having had recent contract proposals rejected by Rice's representatives, the Hammers have now reportedly made a take it or leave it offer. It is understood that, if the offer is rejected, negotiations will be stalled until the conclusion of the current campaign. 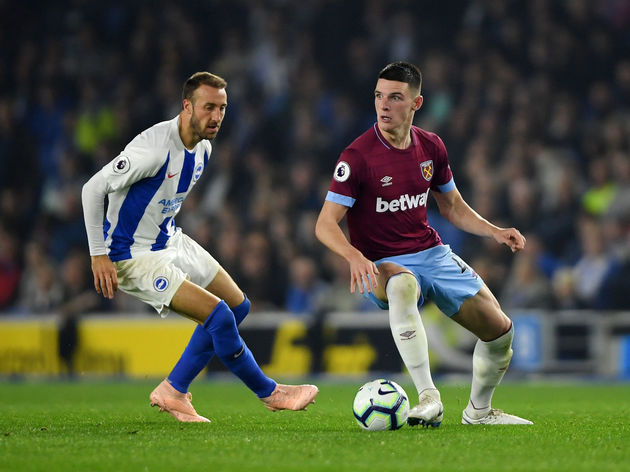 The fresh proposal is reported (via ​Football London) to entail a £3,000-a-week rise on the previous offer, taking the weekly salary to £21,000.

In addition to this, in an attempt to further sweeten the deal, West Ham

Highlighting the east London club's desire to get this deal over the line is the added incentive that, for every 15 appearances that Rice makes, his wage will increase by £5,000-a-week.

Is he good enough to play for Gareth Southgate's side? pic.twitter.com/9Qi60s2OVq

Having made seven appearances so far this season, the 19-year-old is on course to at least double the 15 appearances that would trigger such a rise in his wages.

These negotiations on an improved deal come off the back of Rice's breakthrough season for the Hammers in the 2017/18 campaign. Having made 31 appearances throughout the last season, Rice was named runner-up in West Ham's 'Hammer of the Year' award, narrowly losing out to the impressive Marko Arnautović

It is believed that neither Declan Rice nor West Ham United have entertained the possibility of the youngster leaving the club, and it is more a matter of when than if the new contract is signed.