Jose Mourinho will watch the UEFA Nations League match between Montenegro and Serbia at the Podgorcia City Stadium on Thursday to scout Nikola Milenkovic and Sergej Milinkovic-Savic.

Potential targets Fiorentina defender Milenkovic and Lazio midfielder Milinkovic-Savic have both impressed in Serie A this season, with Viola and I Biancocelesti making positive starts to the campaign. 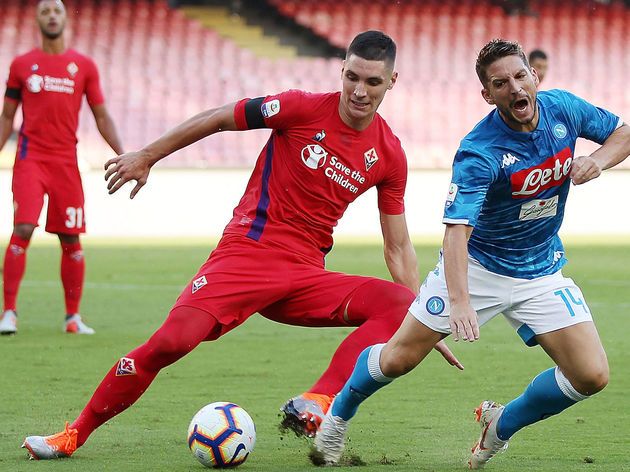 Mourinho had been after a centre back during the summer transfer window and failed to land one but now, according to ​the Sun, he has turned his attention to Milenkovic, the 20-year-old central defender.

Milenkovic’s physicality, fearlessness, and ability to read the game have drawn comparisons to former ​United captain Nemanja Vidic from some.

This season the Serb has impressed in ​Serie A, helping Fiorentina concede just six goals, just one less than ​Juventus. The defender has also chipped in with two goals this season, one of which was a brilliant 30-yard strike against Chievo. Mourinho will also be keeping a close eye on his international teammate Milinkovic-Savic. The highly rated midfielder was the driving force behind Lazio’s impressive campaign last year is seen as a potential replacement for ​Paul Pogba, who is reportedly a target for Barcelona.

It seems like Jose Mourinho is planning for the future after his side's dramatic win against Newcastle appeared to buy the former Chelsea boss more time in his current job.

Meanwhile, Nemanja Matic has pulled out of Serbia's squad and is a doubt for United's heavyweight Premier League clash with joint competition leaders Chelsea after the international break.