Manchester United have paid French side Monaco upwards of £8.7m after Anthony Martial notched his 25th Premier League strike since moving to Old Trafford during their 3-2 win over Newcastle United on Saturday.

The Frenchman left the Stade Louis II as a teenager back in 2015 for an initial £36m. Wrapped up in that deal were a number of clauses which would see Monaco pocket even more cash if Martial performed well with the Red Devils. 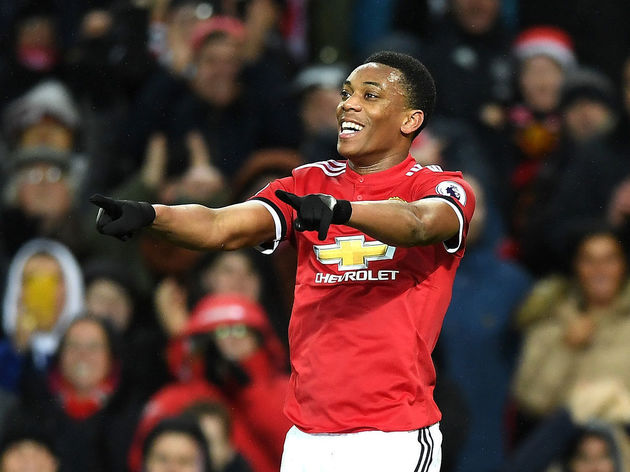 And Martial's equalising goal during Manchester United's dramatic comeback against Newcastle saw his goalscoring tally in the Premier League go up to 25, which the Telegraph report will cost José Mourinho's side at least £8.7m.

Martial has taken his time in reaching this milestone. The 22-year-old had been sitting on 24 Premier League goals for over eight months, with his last strike coming against Burnleyback in January.

Only players that should be getting new contracts are Martial, Perreira, De Gea & Herrera. The remaining bunch can take a walk.

Monaco also had two additional clauses in their agreement with United, but Martial has failed to meet the requirements and the Red Devils will now be spared having to fork out an additional £17m.

Two separate payments of £8.7m were lined up if Martial had been nominated for a Ballon d'Or as well as if he had reached 25 appearances for the French national team by the end of the 2018/19 season. Recent developments under manager Mourinho could pave the way for Martial to leave ​United in the near future. The club will have to cash in on their young winger before the start of next season if they want to avoid losing him on a free transfer.