Saul broke into the Rojiblancos first team during the 2013/14 campaign and has been key to Simeone’s system since. Last July the 23-year-old signed a nine-year contract - one of the longest in football history - keeping him at the Wanda Metropolitano until June 2026.

Saul was asked on Radio Na​cional Espana if he planned to spend his entire career at Atlético, and answered: “That’s why I signed a long-term contract. 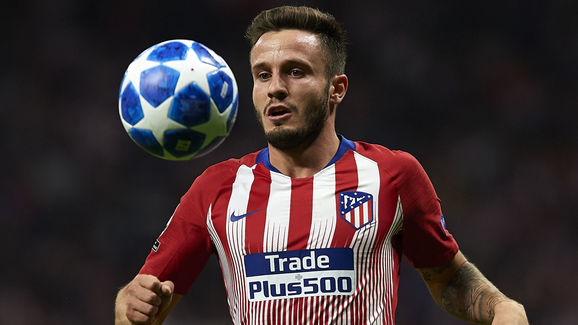 “That’s my intention, to be at ​Atlético Madrid all my life, but in the world of football you never know...

Saul made 56 appearances last season, helping Atlético to win the Europa League and second place in La Liga. The Spaniard also opened the scoring in

This season the midfielder has started every league and Champions League game bar one.

With club captain Gabi departing in the summer Saul's importance at the club only grew. At 23 Saul has his prime years ahead of him and the news he intends to commit those years to