Sarri has been in charge for just three short months following the circus that followed his hiring but has seemingly worked a miracle to get everyone singing from the same sheet so quickly. 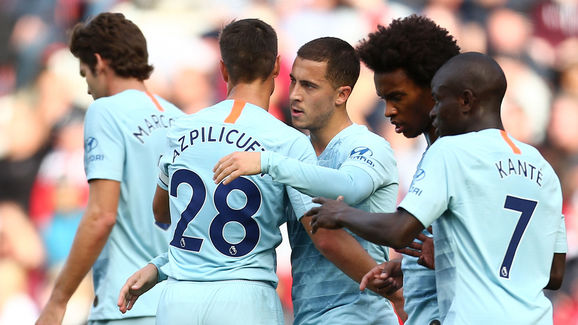 A report from the Daily Mail has revealed just what his secret has been, ranging from his living arrangements, his attention to detail and his man management.

Sarri jumped in with both feet when he was unveiled as the new Chelsea boss, choosing to quickly lay down roots by apparently buying a house in Surrey instead of the usual renting path often favoured by foreign arrivals in the Premier League.

That makes it clear he isn't just in it for a quick payday, something that is likely to be a settling sentiment for his players.

The report also explains that Sarri's 'workaholic' lifestyle has been clear from the start. He put the squad through its paces from the off, even said to be 'infuriated' when a pre-season commitment to travel to Australia and back for afriendly cost him invaluable training time. 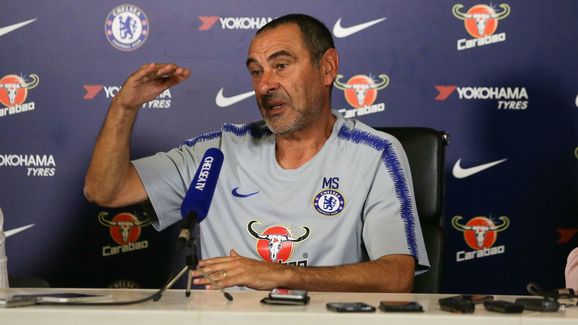 Now in England for 12 weeks, Sarri claimed around halfway through that he had only once made it into central London. Such was his determination to whip Chelsea into shape, seeing the sights of one of the world's most famous cities bears no importance compared to his job.

Conte liked to work his players hard too, favouring the mantra 'eat grass', meaning to cover a lot of distance during games. But where Sarri seems to crucially differ is through his understanding that the iron fist will at best yield only short-term success. That appeared to be Conte's problem after cruising to a Premier League title in his debut season and then falling apart in his second.

Instead, Sarri is willing to give more back. The Mail explains that he does this by holding training sessions in the afternoon, a rather alien concept on English shores. It allows pla Equally, the 59-year-old is said to have brought things such as ketchup, salt and butter back to the table, quite literally, for the players to eat at the training ground canteen. Conte is thought to have irked the players when he banned tomato ketchup and a host of other things in 2016.

In letting the players choose their own food, Sarri is likely to have a better long-term relationship with the squad because they don't feel like they are being treated like children. His only condition, a very fair one, is that they exercise common sense when choosing their meals.

So far, so good for Sarri and Chelsea as they unexpectedly challenge for title straight away.