Borussia Dortmund's teenage star Jadon Sancho has admitted he was as "surprised" as everyone else after his dream came true following his first call-up to the England senior side.

Sancho has gone against the grain having taken his craft to Germany in a bid for more opportunities in a first-team environment. After seizing his chance with Dortmund he now becomes the first player born this millennium to be called up to the Three Lions' senior team. The 18-year-old was selected by Gareth Southgate for the upcoming UEFA Nations League fixtures against Croatia and Spain, after amassing eight assists and a goal across all competitions - made even more incredible by the fact he has made only one Bundesliga start this term.

His selection ensured he bypassed the natural progression through England's youth ranks and it came as a shock to the teenager.

"I was a bit surprised, to be fair, because obviously I'm so young so I have still got a lot to learn," Sancho told reporters, via the​ Daily Mail

England prospect Jadon Sancho has bagged yet another assist for Borussia Dortmund...

"It means a lot to me, especially my family. When I was a young kid, I always dreamed of obviously playing for my country.

"It would be a dream come true [to make my debut against Croatia]. I couldn't ask for anything better than that. Obviously I just have to keep on working hard in training and see what the manager does."

Sancho joined ​Dortmund last year having turned down an offer from ​Manchester City, where he was a member of the club's academy, after failing to see a route into the first team at the Etihad Stadium. 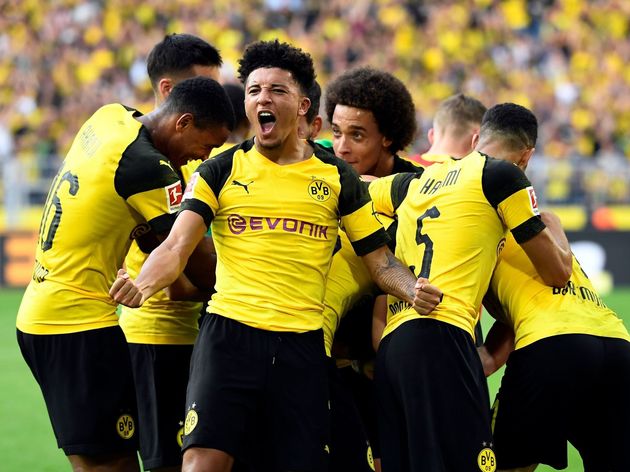 It's so far so good, however, as Sancho has settled into his new surroundings in Germany - where he signed a new deal until 2022 earlier this month.

"Obviously moving from home, that was the biggest. Leaving my mum behind and my sisters. I miss them a lot, but I want to do what's best for me and felt like moving to Germany was the best thing."