Manchester United and Tottenham Hotspur could be set for a transfer battle over former Chelsea defender Nathan Ake.

The 23-year-old Netherlands international moved to Bournemouth last year for around £20m, and has since established himself as one of the best young centre-backs in England.

according to the Daily Star, his performances have alerted both Jose Mourinho and Mauricio Pochettino, who are on the lookout for defensive reinforcements for ​Man Utd and ​Spurs respectively. Ake spent five years at Chelseabut was only afforded a handful of appearances. His time at Stamford Bridge also saw him work under Mourinho, but the Portuguese did not think enough of him to hand him regular minutes.

The Red Devils boss, ​who is seeking approval for additional defenders in January, has had difficulty locking down the perfect centre-back pairing at United and he has been made to try several combinations after failing to land targets Toby Alderweireld and Harry Maguire among others during the summer.

Even Ander Herrera and Paul Pogba have been experimented with in defence this season, while the likes of Chris Smalling, Eric Bailly, Phil Jones and Victor Lindelof have been involved in a rotation system. 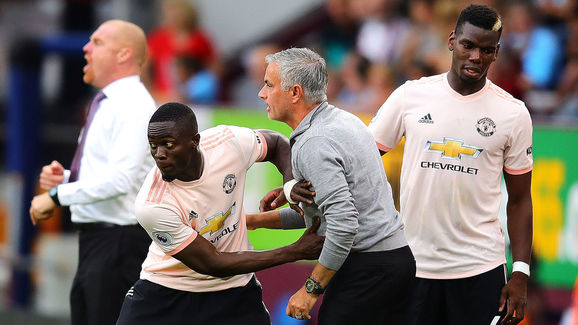 Pochettino, meanwhile, could lose Alderweireld for free in the summer. The player does have an option to extend his deal with Tottenhamfor a further year but even that would trigger a £25m release clause, according to reports.

Ake is reportedly viewed as a potential long-term replacement for the Belgian. The young defender cost the Cherries £20m when they facilitated his Stamford Bridge exit last year but it is expected that he will cost a lot more if he is to leave the Vitality Stadium.

Of course, Bournemouth will try their best to hold on to the player, who still has four years left on his contract, while Chelsea are also said to have placed a buy-back clause in his transfer deal when he made the switch last summer.