​Manchester United are allegedly in danger of a 'mass exodus' should under fire manager Jose Mourinho remain in charge for at least the rest of the season, with as many as six players apparently uncertain over their futures and a further four due to be out of contract in June.

The latest gossip comes from the Daily Mail, a major source of much of the anti-Mourinho sentiment in the mainstream media in recent weeks.

It is said that Pogba remains 'desperate' to quit United and join Barcelona in January. The club have made it clear that the Frenchman is not for sale, but there is a suggestion that Pogba could still push to leave Old Trafford even if Mourinho is sacked.

The Mail report also names Luke Shaw, Anthony Martial, David de Gea, Eric Bailly and Antonio Valencia as individuals who could look to walk the longer Mourinho is around.

Even though Shaw declared during the summer the only thing stopping him from signing a new contract was wanting to deserve one and it was reported earlier this week that talks are underway, the Mail conversely claims the left-back has 'no intention' of penning an extension. If that is genuine it puts the club in a difficult position as Shaw, who has been United's Player of the Month for both August and September, is out of contract in summer.

As for Martial, the Mail claims his recent willingness to discuss a new contract after rejecting a new deal in the closing stages of last season is the result of his belief that Mourinho will not be in charge for too much longer. Therefore if the boss does last, Martial could quit.

It was alleged earlier this week that star goalkeeper De Gea is having doubts about signing a proposed new contract. The Spaniard is believed to have had a deal agreed in principle since June, although apparent concerns about a lack of competitiveness could stop it being signed. 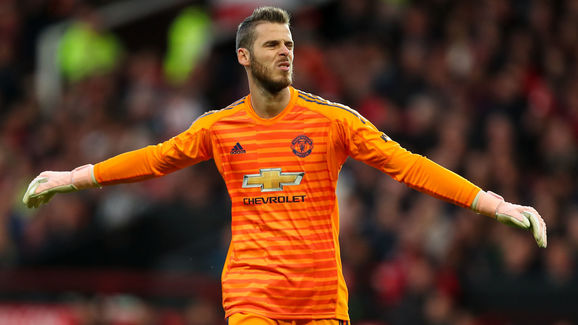 De Gea remains under contract until 2019, although United retain an option to extend to 2020.

The reason given for Bailly's potential departure is the humiliation of being substituted less than 20 minutes into Saturday's clash with Newcastle, while Valencia was dropped from the squad altogether for that game, apparently after 'endorsing' anti-Mourinho sentiment online.

Meanwhile, Juan Mata, Ander Herrera, Ashley Young and Phil Jones are all out of contract at the end of the season. Where Herrera is concerned, it is believed the Spaniard would prefer to sign a new deal and stay, although he is now reportedly of interest to former club Athletic Bilbao. As always with United news and gossip, the sheer number of stories, often with conflicting details, makes it near impossible to assess what could be genuine.