​Tottenham striker Harry Kane has laughed off suggestions that he played a role in Cardiff midfielder Joe Ralls' red card on Saturday, after criticism from Bluebirds manager Neil Warnock.

Warnock believes Kane helped engineer Dean's decision to send Ralls off, but the Spurs striker is adamant that help came from the fourth official instead, though he does believe the right decision was made. "He [Ralls] has kicked one of our players knee-height and the ref said to me that the fourth official helped him out, so it is what it is," ​Kane said, as quoted by​ Sky Sports.

"I guess managers are going to get angry. It's part of the game. But their player has looked at our player and he has kicked him higher than he ever should. So for me, it was a red card and the right decision."

Kane's defence of his actions comes after Warnock claimed that he had pressurised the referee into sending off due to his own poor performance - as well as the fact that Spurs were underperforming.

"I don't think he [Kane] needs to do that. He plays for England, I love him," Warnock said after the game.

"I don't think you should try to get other pros sent off, just because he's had a poor game and ​Spurs were having a poor game.

Warnock continued by stating that he felt the decision had ultimately been the wrong one, and that on reflection, Dean would regret issuing a red card. 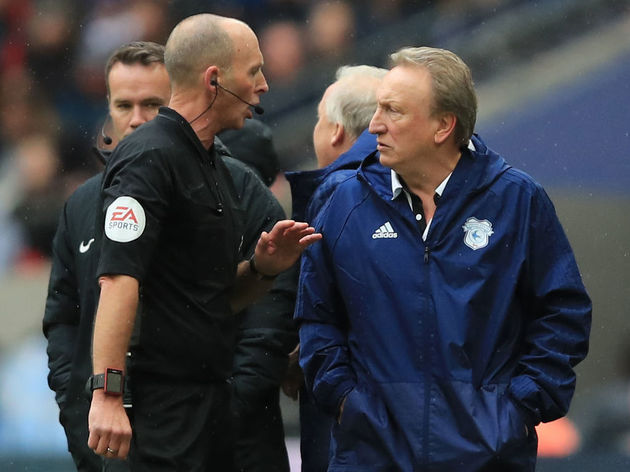 "I thought Mike Dean, an experienced referee, was going to give a yellow card from the start. But he left it.

"There were one or two busy people around today, the linesman and the fourth official, and I'm sure one of those influenced the.

Ralls will now miss three games as a result of the red card, missing the Bluebirds clashes against Fulham, ​Liverpool and Leicester.