The Hammers spent over £100m during the summer, which included bringing in their club-record signing Anderson for £36m from Italian side Lazio.

After losing their first four Premier League matches under Manuel Pellegrini, the London club picked up impressive wins away at Evertonand at home to ​Manchester Unitedto ease the pressure on their under-fire manager. 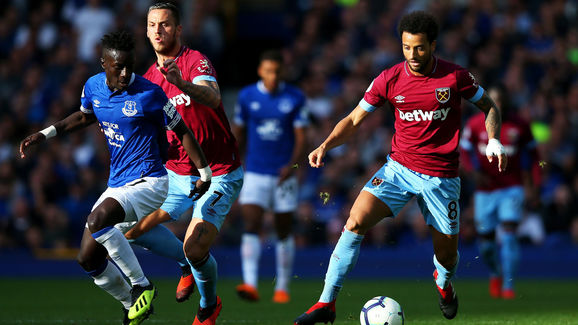 The performances of Pellegrini's side during those encounters, including the impressive attacking displays of their front three, has Carragher backing them for a top-half finish this term.

"They've got a Premier League-winning manager," Carragher told Sky Sports' coverage of Brighton vs West Ham, as quoted by Football.London.

"​West Ham in the summer have made big changes, to be I would say maybe the best of the rest and try and challenge the top six, look for that seventh position.

"So as I said, Premier League-winning manager, £100m spent, a front three that is I would say outside the top six, possibly the best front three certainly with what they've shown during the last three or four games." The London club's newly formed frontline has scored seven goals and supplied a further three assists between them as Pellegrini's side currently sit in the bottom half of the table following their 1-0 defeat to Brighton on Friday night.