W90
WorldNews
Lists
Next Article
Luka Modric: The Most Dominant Midfielder of His Generation

​Neil Warnock believes Harry Kane looked to get Joe Ralls sent off during ​Cardiff's 1-0 defeat to Tottenham at Wembley.

An eighth minute strike from Eric Dier was enough to separate the sides, although there were some unsavoury scenes just shy of the hour mark when Ralls saw red for a cynical foul on Lucas Moura, leading to both sets of players confronting each other in front of the technical area. 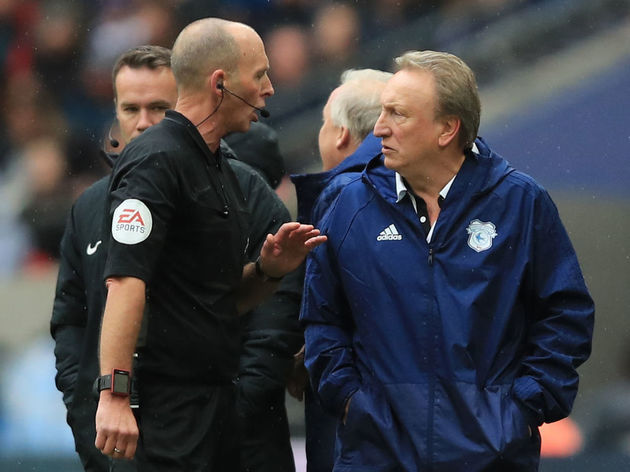 While the ​Cardiff manager adamant that the challenge only warranted a yellow card, he also claims that ​Kane had a direct influence on Mike Dean eventually brandishing a red card for Ralls.

The defeat sees Cardiff still without a win all season, and now prop up the ​Premier League table with just two points from their opening eight games, although Warnock

The noise from the away end was phenomenal at @wembleystadium today!