Manchester United fought back from a two goal deficit to cap off a memorable night at Old Trafford against a spirited Newcastle side.

United's players did little to alleviate the sense of unease around the club with an erratic performance, though will be delighted to have earned three points from a game than looked over after just 10 minutes

Yoshinori Muto then heaped more misery on United, doubling his side's advantage to score his first goal for his new club, turning neatly in the box to fire home.

The Red Devils sought to heap pressure on the visitors after the interval with Mourinho switching to a back three of Pogba, Matic and Smalling. The manager's ambition almost paid dividends immediately with Martin Dúbravka saving well from Pogba's fierce drive before Matic fired over with the goal gaping. 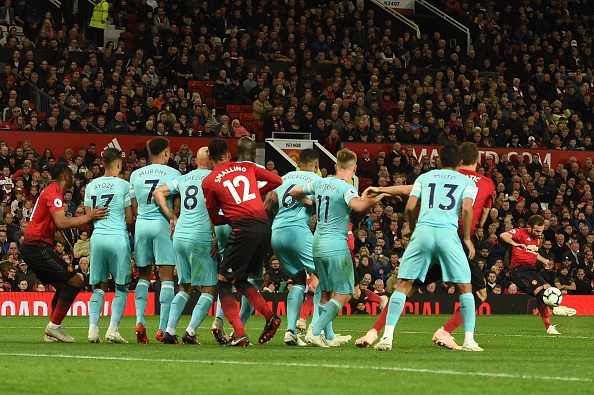 Juan Mata gave his side hope with a precise free-kick that beat Dúbravka at his near post. With the hosts desperate for an equaliser the Slovakian goalkeeper made a series of excellent saves  to deny Mourinho's side though was powerless to stop Anthony Martial's strike from Pogba's clever flick.

With Newcastle legs tiring Alexis Sánchez rose highest to head beyond the helpless Dubravka to give his side a win that could prove telling in the future of manager Mourinho.

​Paul Pogba. The midfielder's relationship with Mourinho, along with his inconsistency on the pitch have both been well documented in recent weeks. It's clear that when on form, Pogba is one of the most talented players in world football, though producing quality performances on a regular basis seems to be one skill the Frenchman does not possess. 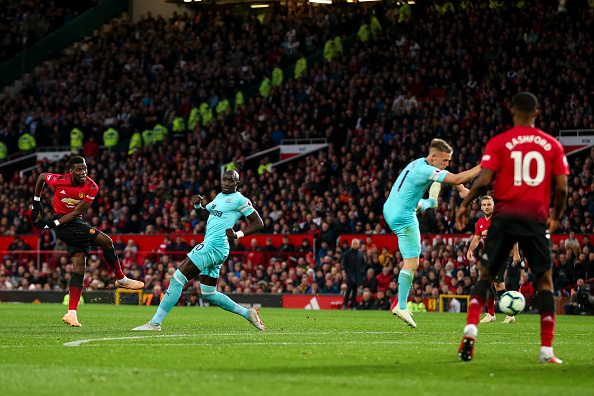 It was a tale of two halves. W

Following the interval Pogba's influence on the game grew immeasurably, with his distribution pinning back Benítez's side. A neat touch on the edge of the box set up fellow countryman Martial to equalise.

Mourinho has had sufficient time to work with Pogba and must decide on how to get the best out of his talisman's unique qualities.

Despite his appalling first half, Pogba's impact on the second half makes him the only credible selection in a bizarre United performance.

Unfortunate not to score with a firm strike from distance at the start of the second half, Pogba's desire to get forward and create opened up gaps in a tiring Newcastle defence and proved instrumental in his side's dramatic fightback.

​Anthony Martial, despite his well-taken goal, was totally anonymous in the first half.

Seeing more of the ball in the second half the winger was poor in his decision making and will have done little in his case for a regular starting berth under Mourinho, as he continues to compete with Marcus Rashford and Alexis Sanchez.

Newcastle manager Rafael Benítez will be frustrated in the manner that his side collapsed. As the second half progressed, it almost felt inevitable that United would take something from the match.

For all of his side's good work, Benítez must take responsibility for his side's defeat as his team sat deeper inviting pressure with United pressing for a winner. Fans will be frustrated that their side again travel back to St. James' Park with nothing to show for a diligent performance.

The Magpies are beaten at Old Trafford after the hosts' second half fightback. #NUFC pic.twitter.com/KL6tzE6UCd

Ayoze Pérez was pivotal in Newcastle's explosive start. The Spaniard's industry created a host of chances for his teammates, with the forward assisting his side's opener.

Pérez asked countless questions of the ever-changing United backline, the tricky forward held the ball up well and brought his midfield into play well. A goal would've capped off an excellent display for the former Tenerife man.

Dúbravka gets an honourable mention after making numerous saves in the second half that so nearly earned his side a deserved point. 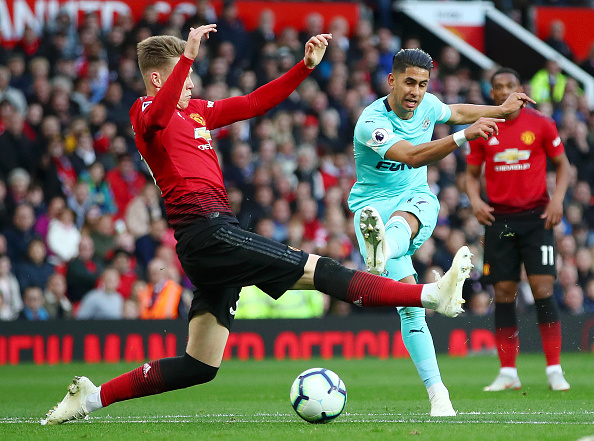 A slightly harsh pick perhaps. Matt Ritchie's delivery from set-pieces - usually a hallmark of his game - was largely wasteful. The Scot's impact was somewhat nullified by the good work of Luke Shaw, though when he was able to shake his man, Ritchie failed to deliver any telling contribution in the final third.

His defensive work-rate, however, was excellent as always.

Mourinho's United next face Chelsea in the Premier League in a fixture that is sure to have a significant effect at the top of the table, before continuing their Champions League campaign as the welcome Juventus to Old Trafford.

Newcastle, now 19th in the table, take on Brighton at St. James' Park in a fixture that the Magpies will be desperate to win.