​Cesc Fabregas has revealed he maintains the hope that his performances will convince Chelsea to offer him a new contract before season's end, but conceded he is unlikely to retire at Stamford Bridge.

Fabregas, 31, is enjoying life under the tutelage of 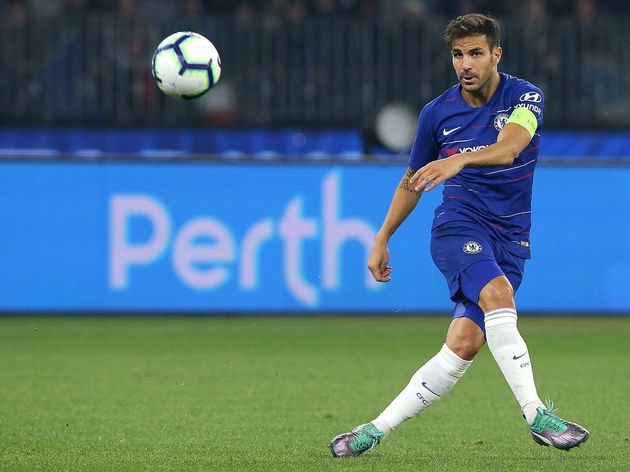 The Spaniard's current deal is set to expire at the end of the season and he is aware the decision is now squarely in the ​Blues' court.

“I’m very open about it," ​Fabregas ​GoalAt the end of the day, I have eight months left and at the moment I’m gone. But I’d love to stay at the club. I’ve been very happy for the last four years and a half, we’ve had great success, won many things.

"I think I have a good understanding with the fans and players. I feel I still have a lot of football left in me, but it is now up to the club."

When asked if he

“I just came back from a difficult injury, I’m still sometimes feeling it a little bit.

Fabregas is the definition of playmaking.

Give me peak Fabregas over your best midfielders playmaking peak no question. Like no debate.

"I like it, everything goes through me. This is what I like. I feel sensations under Sarri that I never thought I would feel again. To be honest, touching the ball 100 times, all the play going through me or Jorginho is a very important role. I’m learning it, I’m very passionate about it as it’s very interesting.

"The way [Sarri] sees football is something that maybe in the future if I become a coach I think I’ll do something very similar to what he does. It’s what I like and how I see football. I’m learning a lot from him, it’s really interesting how he works and I’m really looking forward to working for a long time with him."

“I wish he came a bit earlier to be honest. It’s a little bit late now in my career. Definitely I’m very happy with him."